Tides Are Turning for the Shark Fishermen of Indonesia and India

An Indonesian fisherman pulls the boat docked at Muncar Port on May 25, 2014, in Banyuwangi, Indonesia. Indonesia has become one of the major exporters of meat and shark fins in the world
Robertus Pudyanto—Getty Images
By Yenni Kwok

A group of divers descends 14 to 16 m from the surface of the turquoise ocean off Raja Ampat, a marine sanctuary for sharks and manta rays in West Papua, Indonesia and a favorite tourist destination. They see a shark at the bottom. It is dead and finless.

“I never thought I would see finned shark in Raja Ampat,” wrote Fredrik Jacobsson, one of the divers, who posted photos of the carcass on Facebook on Dec. 27 — images that soon went viral. “This area should be protected but it’s not. This … make me so pissed and sad.”

Raja Ampat was where Indonesian President Joko Widodo chose to see the first sunrise of 2016, calling it “an exclusive tourist spot” with forests and seas that “shouldn’t be destroyed.” Among the inhabitants of those waters are scores of shark species — Indonesia has 118 in total, the world’s highest diversity of sharks. But the archipelago nation is also the top shark-fishing nation in the world, and a leading exporter of shark fins. Between 2000 to 2011, Indonesia caught an average of 109,000 metric tons of sharks every year, followed by India at 74,000 metric tons. Altogether the two countries’ shark haul comprises 20% of the global catch.

Greater China — mainland China, Hong Kong and Taiwan — is the primary consumer: shark-fin soup, priced as high as $100 per bowl and considered a prestige item on banquet menus, is often served at lavish Lunar New Year, weddings and other grand occasions.

There are signs the tides are turning, however, and the shark-fin trade has been hit hard. “In recent years, i.e. from 2012, there has been a global decline in demand for shark fins,” Vardhan Patankar, marine biologist and researcher in the Andaman Islands, tells TIME.

“We believe there is a link with the trend of decreasing price and demand in mainland China,” says Arifsyah M. Nasution, an oceans campaigner at Greenpeace Indonesia.

Thanks to aggressive anti-shark-fin campaigns by conservation groups like WildAid, a growing number of mostly younger Chinese in mainland China, Hong Kong and elsewhere are forsaking shark fins, citing environmental concerns and disgust over the cruelty involved in finning — cutting off a shark’s fins and chucking the animal back into the water to die. Online petitions and street protests have also pushed a growing number of airlines, including national carrier Garuda Indonesia Airways and Hong Kong’s Cathay Pacific Airways, to stop transporting shark fins.

Government policies play a role as well: in 2013, Beijing banned shark fins from all state banquets, as part of its crackdown on corruption and excess, and Hong Kong has stopped serving shark and other unsustainable seafood products at government functions. Many hotels and restaurants have also ended the practice.

Overall shark-fin imports to Hong Kong in 2013 were down 35% compared with 2012, WWF–Hong Kong says, while re-exports from the city to mainland China fell almost 90%. Vendors in Guangzhou, the main shark-fin trading hub in southern China, reported 82% decline in sales and around 50% decrease in prices in 2013, according to a survey by conservancy group WildAid. The slowing economy of China is likely to weaken the demand even more.

Those who catch sharks have felt the pinch. Indian fishermen once got $75 per kg of shark fins, Patankar says, now they only “get around 2,000–3,000 rupees [$30-$45] per kilogram.” A WildAid survey in three shark-fishing communities in eastern Indonesia in 2012 and 2013 found the average price paid per kg has decreased by 19% compared with a decade ago.

It is estimated 100 million sharks are killed every year — of which 73 million slaughtered for their fins — and around 1.1 million to 2.2 million tons of shark fins are traded globally. Because of their delayed sexual maturation and low reproduction rate, sharks are vulnerable to overfishing and some shark populations have declined in number — some as much as 98%.

This is evident in Indonesia, which lacks effective and comprehensive controls in shark fishery: it banned the export of two shark species in December 2014, which was to end in November. And with seas in the country’s western and central parts yielding fewer sharks, fishermen have now gone hunting in the eastern waters like the seas around Raja Ampat.

In contrast, India will impose ban on the export of shark fins, despite protests from shark traders and fishermen, from February 2015. This followed the “fin-attached” policy that was enacted in 2013, which effectively bans finning in Indian waters.

Although lower demand has dealt a blow to shark-fin trade, conservationists have warned the shark hunt is far from over. The per-kg price of shark meat is only a fraction of that of shark fins, yet, as a U.N. Food and Agricultural Organization report in September showed, global shark-meat trade increased 42% between 2000 and 2010. (Indonesia’s shark-meat exports reached 2,280.2 tons in 2014, up nearly 30% from 2012.)

But at least some fishermen, like those at Andaman islands, have turned away from catching sharks. “There is too much effort but less output,” says marine biologist Patankar, who has interviewed nearly 150 fishermen and shark traders. “Now they fish for groupers, and groupers give them more money.”

— With reporting by Rishi Iyengar 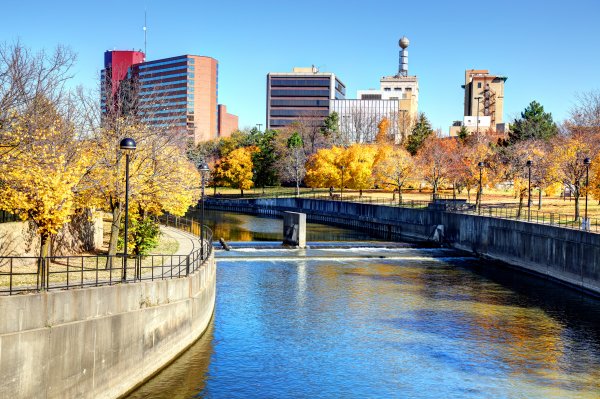