Even at 13-years-old, these tragedies remain on my mind. They linger in my thoughts, reminding me of the devastation that gun violence has caused, ripping apart families, communities, congregations and the emotional will of the American people.

This shooting devastated me. I remember first hearing the news, sitting in a log cabin in Tennessee on Christmas vacation, with my eyes glued to the television. I began to sob. These tears weren’t only tears of emotional sympathy, but also tears of fear. I was frightened that what had happened at Sandy Hook that day could very well happen at my own school. A deranged person could find a way to get their hands on a gun, storm the schoolhouse doors, and end our lives just as quickly as they had entered.

This was my fear for a long time, because to my knowledge, no one had done anything to keep me safe or make me feel safe. The remnants of that fear still linger.

Senator Chris Murphy put it best when he tweeted after the shooting in San Bernardino that killed 14: “Your ‘thoughts’ should be about steps to take to stop this carnage. Your ‘prayers’ should be for forgiveness if you do nothing – again.”

Politicians in Congress continue to talk. But they do nothing. And those who try are often labeled “gun grabbers.”

I support the Second Amendment. But I also support governing on the principle of common sense. So when it comes to keeping America safe and implementing common-sense gun policies, I’m all for it. That’s why I applaud President Barack Obama’s intentions to lead on this issue and implement common sense-gun policies, as he outlined Tuesday. These are policies that are supported by a majority of the American people.

Opponents of the president’s efforts will have a crucial question to answer if they choose to stand in the way of these reform: Am I willing to not only go against the will of the American people, but possibly sacrifice the lives and safety of America’s children, just to prove a partisan point?

I hope that, by the grace of God, that answer is a resounding no. 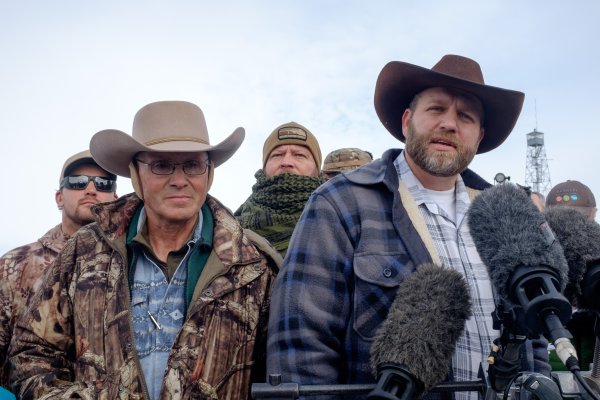 Why We Don't Call the Oregon Militia Members 'Terrorists'
Next Up: Editor's Pick