LCD Soundsystem frontman James Murphy promises the band’s upcoming Coachella reunion is not just “a victory lap”—its members are working on a new album and planning a new tour as well.

In a lengthy post on the band’s website, Murphy explained the origins of the band’s long-rumored comeback at the upcoming Coachella Valley Music and Arts Festival, which organizers confirmed last night with the unveiling of the festival’s 2016 lineup. The group released three albums between 2005 and 2010 and disbanded in 2011 after a farewell concert at New York’s Madison Square Garden.

“We’re not just playing Coachella,” Murphy writes. “We’re playing all over. We’re not just having some reunion tour. We’re releasing a record (sometime this year—still working on it, actually), so this isn’t a victory lap or anything, which wouldn’t be of much interest to us. This is just the bus full of substitute teachers back from their coffee break with new music and the same weird gear—or as much of it as we still have … rambling around trying to be louder than everyone else.” 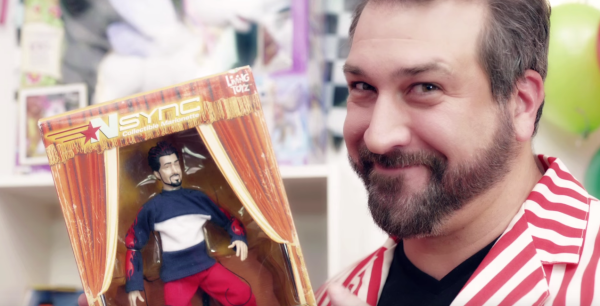 Fall Out Boy and Demi Lovato Spoof *NSYNC's 'It's Gonna Be Me' Video
Next Up: Editor's Pick