Science Proves It: Greed Is Good

Let us now stop and praise the plutocrat. Really. Props too to the bailed out, the overprivileged, the exploiters of the little guys, the Machiavellian narcissists who earn way, way too much and are taking advantage of the rest of us to stay that way. Oh, and let’s praise Putin too.

Greed really is good, as are income inequality, bullying across class lines and even the iron fist of the political strongman—in certain contexts, at least. That’s the conclusion of a new study from the University of Oxford, just published in Nature Communications. Using mathematical models of human social groups, the researchers found that when communities are hierarchically structured—meaning that there is a potential for high inequality too—the individuals at the top tend to make more of an effort in the interests of the group than those at the bottom, including competing with outside groups and facing potential danger in the process.

The authors detected that behavior across nearly all cultures, and cite corresponding studies of chimps, blue monkeys and ring-tail lemurs, showing that higher ranking individuals tend to venture closer to the perilous border of the group’s territory during patrols, and high-ranking females will join the males in combat with other groups. In return, the lower ranking members are allowed to become what is known as free-riders, hiding behind the skirts of the big shots and contributing little on their own. The price for this protection? Don’t cross the dominant members of your own group or they’ll direct their power—and ire—at you too.

Studies like this always raise illuminating and troubling questions and are easy to exploit by nearly anyone with a social or political agenda. (See? There really is such a thing as the safety net turning into a hammock; the makers versus the takers really do exist. Or: See? Bully-boy behavior is the stuff of the apes, something egalitarian societies—and homo sapiens as a whole—ought to have left behind by now.)

But, as in nearly all matters of human behavior, the reality is more nuanced than ideology allows for. Throughout history there is a long tradition of powerful people who serve the group in some way being rewarded with more power still. Famous generals become Presidents (Washington, Grant, Eisenhower), not just because everyone knows their names but because they’ve proven their fortitude in battle and can prove it again if dangerous outsiders come calling. If you’re confused about Vladimir Putin’s stratospheric approval numbers at home even as he has made Russia an international pariah—at least in the eyes of the West—be confused no more.

We tolerate too the enormous wealth some inventors and industrialists accumulate because at least part of the time, they make our lives better too. (Thank you for the cars, Mr. Ford, and for the iPod, Mr. Jobs.) Admittedly, we’re a lot less tolerant when wealthy and powerful people create things that benefit only other wealthy and powerful people—(Thank you for, um, the $25 million condo that nobody I know will ever remotely be able to live in, Mr. Trump)—but we’d rather have an economy that rewards ambition than one that smothers it.

Free-riding is more complex than it seems as well. There’s truth to the fact that in the past, at least, welfare could be a disincentive to work, especially when the work that was on offer was unappealing (you try working a deep frier all day) and paid little more than the free money the government was giving you. But there’s a limit to that—especially when it comes to arguments against extending long-term unemployment benefits.

Under federal formulae, a weekly unemployment check tops out at 40-50% of your last paycheck. If you were grossing only $400 a week to begin with—and plenty of hourly workers don’t make even that much—that’s a cool $200 in benefits. How long could you lounge about in that hammock? On the other hand, health insurance free-riders—people who wait until they’re sick to sign up—do represent a real risk. So the only way to make sure everybody gets a fair shake is—oh, what do you call it again? Ah, yes: a mandate.

The behaviors we share with the lower apes are there for a reason: they worked when we were lower apes, and they still do. The plutocrats, the pampered, are necessary members of a complex economy, and calls for pure egalitarianism have always been nonsense. But so is the tough-love, pull-yourself-up, no free lunch even if you’re starving ethos of the people who have forgotten—or never knew—what that kind of desperation feels like. There’s not a thing wrong with the rich and powerful, provided that they remember what wealth and power are for. Blue-tailed monkeys and lemurs do—so how hard can it be? 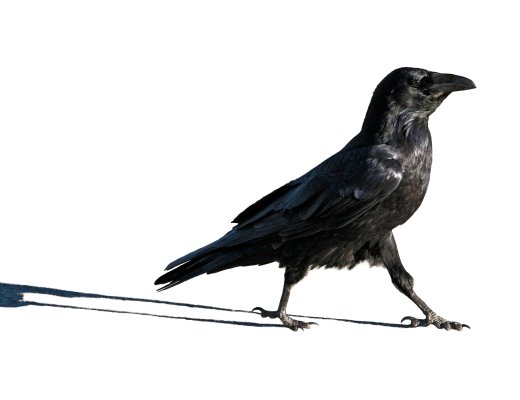 Is Your Toddler as Smart as a Crow? No
Next Up: Editor's Pick