With Republican presidential candidates Donald Trump and Ted Cruz coming out with new ads this week featuring droves of people streaming over the U.S. border, you would be forgiven for thinking that illegal immigration is on the rise.

In fact, the number of immigrants crossing illegally into the U.S. has actually declined over the last nine years.

The number of Mexican immigrants crossing the border illegally—a group that accounts for almost half of all undocumented immigrants in the U.S., and that has drawn particular ire from Trump—actually began declining in 2007, as the U.S. economy slowed.

Between 2009 and 2014, roughly 1 million Mexican nationals and their families, including their American-born children, left the U.S. for Mexico, according to data from the 2014 Mexican National Survey of Demographic Dynamics. During that same time period, an estimated 870,000 Mexican nationals left Mexico for the U.S., according to U.S. Census Data.

That means that, although there is still lots of movement across the U.S.-Mexico border—and Mexican immigrants still account for the most significant new wave of immigration since the 1960s—suggesting that illegal immigration is on the rise or that hordes of immigrants are pouring over the southern border just isn’t true anymore.

Read Next: Ted Cruz’s New Ad Depicts Illegal Immigrants as a Bunch of Lawyers and Bankers 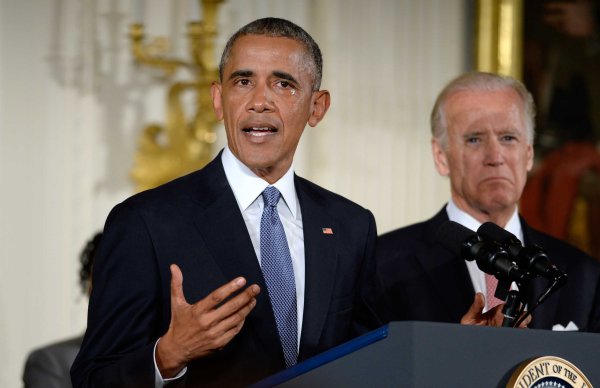