Dakota Johnson Speaks Out About 'Brutal' Ageism in Hollywood

Thanks to her role as Anastasia Steele in Fifty Shades of Grey, Dakota Johnson has had a breakout year. But in an interview for the cover story of the February issue of Vogue U.K., the 26-year-old actress spoke out about ageism in the film industry, using her mother, 58-year-old Melanie Griffith, and grandmother, 85-year-old Tippi Hedren, as reference points.

“Why isn’t my mother in movies? She’s an extraordinary actress! Why isn’t my grandmother in movies? This industry is f—ing brutal,” Johnson said. “No matter how tough you are, sometimes there’s the feeling of not being wanted. It’s absurd and cut-throat. Whenever I have downtime, I’m unsure that I will ever work again. I don’t know what it is, but it’s a definite thing that happens to me.”

She also explained that despite the criticism Fifty Shades of Grey faced, she doesn’t regret her role in the film.

“I’m proud of Fifty Shades of Grey. I don’t need to distance myself from that. The more work I do, the more the general public sees the different things I can do. Do I think it opened doors? Yeah. More people know my name.” 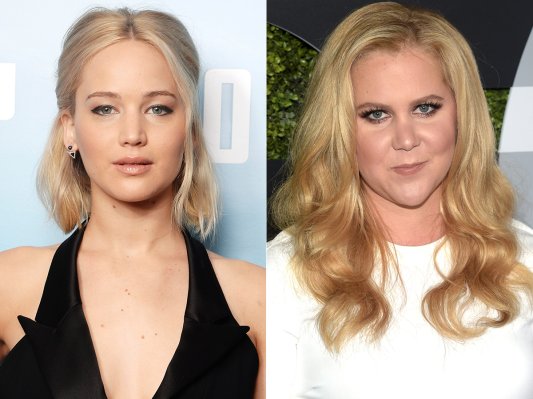 Jennifer Lawrence Says Her Movie With Amy Schumer Won't Be 'Politically Correct'
Next Up: Editor's Pick