A Profound Contradiction of Human Existence

“Science does not reveal the meaning of our existence, but it does draw back some of the veils.”

“Be not deceived,” Epictetus writes in The Discourses, “every animal is attached to nothing so much as to its own interest.” Few things are more in our nature than our yearning for permanence. And yet all evidence argues against us.

This profound human contradiction is what physicist Alan Lightman — the first person to receive dual appointments in science and humanities at MIT — explores in one of the essays in The Accidental Universe: The World You Thought You Knew.

In the foreward to The Accidental Universe, Lightman tells a story of attending a lecture given by the Dalai Lama at the Massachusetts Institute of Technology. Among other things, the Dalai Lama spoke on the Buddhist concept of sunyata, which translates as “emptiness.” More specifically this doctrine means that objects in the physical universe are empty of inherent meaning — objects only receive meaning when we attach it to them with our thoughts and beliefs. This calls into question what is real.

As Milton wrote in Paradise Lost, “It [the mind] can make a heaven of hell or a hell of heaven.”

We often think of the world as the totality of physical reality.

In the first essay “The Accidental Universe,” Lightman argues there is a possibility of multiple universes and multiple space-time continuums. But even if there is only a single universe, “there are many universes within our one universe, some visible and some not.” It all depends on your vantage point.

In, The Temporary Universe, one of the best essays in the collection, Lightman sets out to explore our attachment to youth, immortality, and the familiar, despite their fleeting nature. The essay explores a profound contradiction of human existence — our longing for immortality.

We can’t live forever. Our lives are controlled by our genes in each cell. The raison d’être for most of these genes is to pass on instructions for how to build.

Most of our bodies are in a constant cycle of dying and being rebuilt to postpone the inevitable. The gut is perhaps the most fascinating example. As you can imagine it comes in contact with a lot of nasty stuff that damages tissues.

Despite the preponderance of evidence against it, our culture strives for immortality and youth. We cling to a past that was but a moment in time in Heraclitus river— photographs, memories of our children, old wallets and shoes. And yet this yearning for youth and immortality, the “elixir of life,” connects us to every civilization that has graced the earth. But it’s not only our physical bodies that we want to remain young. We struggle against change — big and small.

One constant over Earth’s 4.5-billion-year history is upheaval and change.

“But I am constant as the northern star,
Of whose true-fix’d and resting quality
There is no fellow in the firmament.”

We can forgive his lack of knowledge on modern astrophysics or the second law of thermodynamics. The North Star, like all stars, including the sun, is slowing dying as they consume fuel. They too will eventually explode or fade into the universe. The only reminders of existence will be cold embers floating in space.

The Three Signs of Existence

Buddhists have long been aware of the evanescent nature of the world.

If only we could detach. “But,” Lightman argues, “even Buddhists believe in something akin to immortality. It is called Nirvana.”

Lightman argues that either we are delusional or nature is incomplete. “Either I am being emotional and vain in my wish for eternal life for myself …. or there is some realm of immortality that exists outside nature.”

If we are stuck with mortality can we find a beauty in this on its own? Is there something majestic in the brevity of life? Is there a value we can find from its fleeting and temporary duration?

The Accidental Universe is an amazing read, balancing the laws of nature and first principles with a philosophical exploration of the world around us. 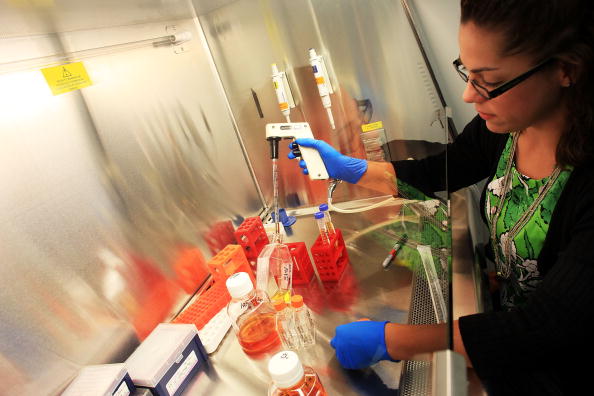 How to Fix Gender Bias in the Sciences
Next Up: Editor's Pick