Donald Trump during a pro-am round of the AT&T National golf tournament in Bethesda, Md. on June 27, 2012.
Patrick Semansky—AP
By Extra Spin Staff / Golf.com

Donald Trump’s campaign for the 2016 Republican presidential nomination has been marked by controversy at every turn, and his golf game is no different.

According to Samuel L. Jackson, Trump isn’t the most trustworthy man on the fairways. The prolific actor and avid golfer tees it up with Trump from time to time, and when asked by United Airlines’ Rhapsody magazine who was the better golfer, Jackson responded, “Oh, I am for sure. I don’t cheat.”

This is hardly the first Trump has been accused of cheating on the golf course. In September, The Washington Post compiled a list of such allegations from several of his past playing partners. Trump denied those claims, and New England Patriots quarterback Tom Brady sort of backed him up when writer Chuck Klosterman asked him whether Trump cheats for a November interview with GQ.

Jackson didn’t stop there. He also told Rhapsody that Trump made him a dues-paying member of one of his clubs without his knowledge.

“Last week or so, I actually got a bill from Trump National Golf Club,” Jackson said. “And I haven’t been there in four or five years, so I had my assistant call. They said it was for membership dues. And I said, ‘I’m not a member,’ and they said, ‘Yeah, you are — you have a member number.’ Apparently he’d made me a member of one of his golf clubs, and I didn’t even know it! … I’m not payin’ that!”

This article originally appeared on Golf.com 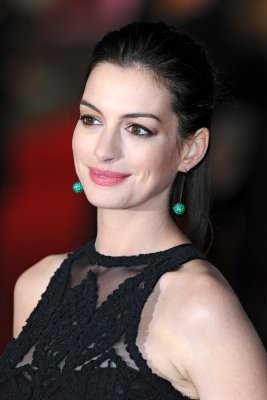 Anne Hathaway Calls Out Paparazzi by Posting Her Own Pregnant Bikini Photo
Next Up: Editor's Pick