Cinematographer Extraordinaire Vilmos Zsigmond Could Light Up the Night, and the Daytime Too

In Robert Altman’s 1971 McCabe & Mrs. Miller, Warren Beatty’s John McCabe, a shambling, muttering old West frontiersman in a mangy bearskin coat, stumbles around his cabin, trying to muster the courage to talk to the flinty madam (Julie Christie) he’s fallen for. “I got poetry in me,” he mutters. You could say the same of the man largely responsible for the film’s frosty daguerreotype beauty, cinematographer extraordinaire Vilmos Zsigmond. Zsigmond died on January 1, at age 85, leaving behind not just an almost uniformly gorgeous body of work, but also a track record of having worked with a wide range of directors of clashingly disparate temperaments and sensibilities, from loose-limbed iconoclast Altman to ardent craftsman Brian De Palma, from obsessive landscapist Michael Cimino to dreamspinner Steven Spielberg. In each case, he delivered something distinctive and visually tactile—perhaps it was his flexibility that pushed him onto a new and higher plane each time. But if the quality of his work was consistent, the dazzling variety of projects he took on—and knocked out of the park—exploded the idea of humdrum consistency. You never knew what to expect from Zsigmond, but you could expect it to be great.

Zsigmond was born and educated in Hungary, but fled the country after the 1956 revolution. (Along with his friend and fellow student Laszlo Kovacs, he’d shot footage, covertly, as the Russians invaded.) In the States, he first worked as a lab technician and as a camera operator on commercials and educational films, eventually moving on to the usual assortment of low-budget Hollywood exploitation films. The snow-laden McCabe & Mrs. Miller, set in a just-being-built old West frontier town that looks as if it’s perpetually just awakening from a dream, was his big break. In 1974 he would shoot Steven Spielberg’s film debut The Sugarland Express; the director hired him again for Close Encounters of the Third Kind, for which Zsigmond won an Oscar. Visually, the picture is a fleet balancing act: It’s as intimate as a reverie, even as it captures a sense of the vastness of the universe, inviting us to make friends with its unknowability.

Spielberg and Zsigmond wouldn’t work together again (apparently, Zsigmond chafed under the yoke of Spielberg’s control), but the cinematographer went on to have fruitful, productive working relationships with numerous other filmmakers. He would shoot Altman’s Raymond Chandler update The Long Goodbye (1973), a movie that lent Los Angeles an aura of sunshiny seediness. For Cimino, he shot both The Deer Hunter (1978) and Heaven’s Gate (1980), and as maligned as the latter film has been, there’s no getting around the prairie-sky grandeur Zsigmond gave it. His work as director of photography on John Boorman’s Deliverance (1972) put yet another spin on the menacing beauty of the wilderness—Zsigmond’s verdant palette captured nature as something both soothing and growing wild around us, a jungle of events and feelings we can’t control or predict.

But what about movies in which people are often indoors, talking? Zsigmond could put his subtle mark on those, too, as he did with the three films he shot for Woody Allen, Melinda and Melinda (2004), Cassandra’s Dream (2007), and You Will Meet a Tall Dark Stranger (2010). But among Zsigmond’s finest work are the four movies he did with De Palma, Obsession (1976), Blow Out (1981), The Black Dahlia (2006) and The Bonfire of the Vanities (1990). Zsigmond had the technical skill to handle the elaborate tracking shots and split-screen effects so beloved by De Palma, but just as significantly, he could effectively key into the director’s particular brand of bleak romanticism and political mistrust. He gave Obsession—in which Cliff Robertson plays a man who becomes obsessed, Vertigo-style, with a woman who resembles his dead wife (Geneviève Bujold)—a look that balanced the coolness of old marble with the textured warmth of a peeling fresco, suitable for a love story wrapped in its own cozy little crypt. Zsigmond earned an Oscar nomination for his work on The Black Dahlia, a flawed picture whose visual magnificence is almost enough to hold it together. Zsigmond doesn’t just give the movie, set in the late 1940s, a period look; he lends it a burnished immediacy that unifies past and present, making whatever stereotypical sense we have of tawdry old Los Angeles seem as clichéd, and as wrong, as last year’s crushed hat.

Zsigmond also left his signature, paradoxically both vivid and translucent, on one of the greatest of De Palma’s movies, Blow Out. John Travolta is a movie sound-effects guy who inadvertently captures audio evidence of an assassination when he witnesses a car driving off a bridge; Nancy Allen is the young woman he rescues (and falls for), a pawn in the plot. This is a quietly shimmering movie about disillusionment and doomed romance, and Zsigmond’s nighttime exteriors, both alluring and vaguely spooky, foreshadow despair rolling in like like fog.

Yet that thing we so casually think of as movie magic is really, when you boil it down, the even more magical summation of what happens when people know how to do their jobs. Zsigmond talked a little about Blow Out in in The Devil’s Candy, Julie Salamon’s superb study of the making of De Palma’s Bonfire of the Vanities: “There we were in the middle of the winter and there was this huge canyon and we were shooting a frog in the foreground and the river beyond and the trees and bridge above, and [De Palma] just walked up to it and said, ‘Light it. I don’t care how long it’s going to take. Light it.’ ” Zsigmond laughed in the story’s retelling. But also—damned if he didn’t light it. 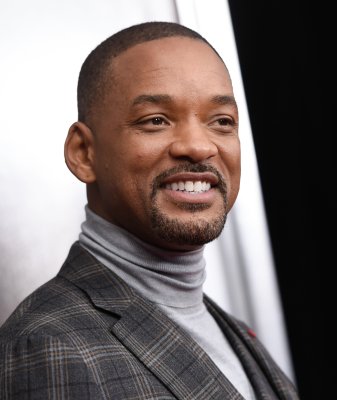 Will Smith Comments on the Fate of His Independence Day Character
Next Up: Editor's Pick