The Periodic Table Finally Has a Full 7th Row

Kosuke Morita, who has led RIKEN group at the Riken institute, shows the 113 atomic element number at a news conference at the institute in Wako, Saitama Prefecture on Dec. 31, 2015.
Noriake Sasaki—AP
By Melissa Chan

Four new elements have been added to the periodic table, finally rounding out the chemical table’s seventh row, officials said.

The International Union of Pure and Applied Chemistry (IUPAC) verified the new elements last week, which were discovered by scientists in the U.S., Japan and Russia. “The chemistry community is eager to see its most cherished table finally being completed down to the seventh row,” Professor Jan Reedijk, president of the Inorganic Chemistry Division of IUPAC, said in a statement.

The man-made elements, which have not yet been officially named, are being temporarily called Element 113, Element 115, Element 117 and Element 118. They’re the first to be added to the table since 2011 and were discovered by slamming lighter ­nuclei into each other and tracking the following decay of the radioactive superheavy elements, according to The Guardian.

“To scientists, this is of greater value than an Olympic gold medal,” Ryoji Noyori, a Nobel laureate in chemistry, told the newspaper. 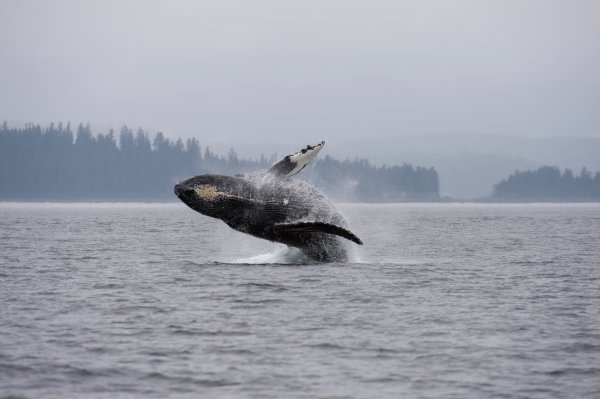 Fewer Humpback Whales Returning to Hawaii
Next Up: Editor's Pick