Prince William Says Fatherhood Has Made Him More Emotional

Being a father has turned Prince William into a bit of a softie. The Prince opened up in a new interview set to air Monday saying that now that he has Prince George and Princess Charlotte he finds himself getting a little weepy.

The 33-year-old said recently he “never used to get too wound up or worried about things,” but now the father of two can’t help but think about “how precious life is” during some major events.

“Now the smallest little things, you well up a little more, you get affected by the sort of things that happen around the world or whatever a lot more, I think, as a father,” he said in a documentary set to air on ITV. “Just because you realize how precious life is and it puts it all in perspective. The idea of not being around to see your children grow up and stuff like that.”

According to the Associated Press, the interview is featured in an ITV program on Prince Charles’s 40-year-old charity, The Prince’s Trust. 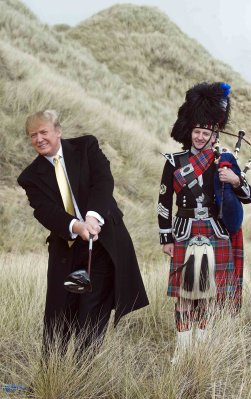 Donald Trump's Fight Against Windfarm Defeated by the U.K. Supreme Court
Next Up: Editor's Pick