The 300 same-sex couples who married over the weekend in Michigan during a brief period in which gay marriage was legal in the state will soon be eligible for federal marriage benefits, Attorney General Eric Holder announced Friday.

“I have determined that the same-sex marriages performed last Saturday in Michigan will be recognized by the federal government,” Holder said. “These families will be eligible for all relevant federal benefits on the same terms as other same-sex marriages.”

Hundreds of same-sex couples were married in Michigan Saturday during a brief period after the state’s gay marriage ban was struck down in court but before a higher court judge temporarily halted that ruling pending appeal. The move by Holder’s Department of Justice contravenes a decision by Michigan’s governor not to recognize the marriages until the legal challenges have been resolved.

Holder’s full statement is below: 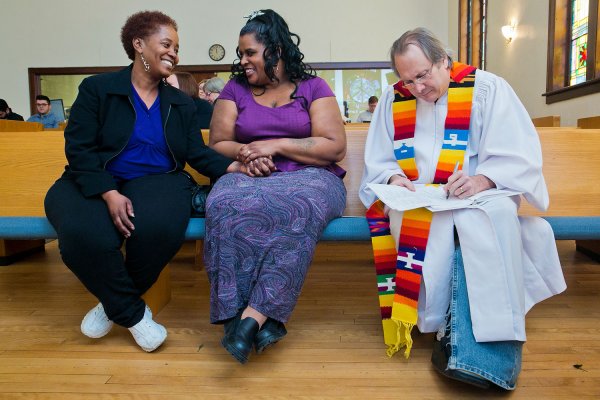 Michigan Says Gay Marriages Are Void (For Now)
Next Up: Editor's Pick