For hundreds of years, the meaning of ancient Egyptian hieroglyphics were a mystery to the world. Likewise, to the less than tech-savvy web user, GIFs can be equally puzzling. While it took the discovery and translation of the Rosetta Stone at the turn of the 18th century to unlock the mysteries of the pharaohs, GIF encyclopedia Giphy has stepped in to reveal the most popular GIFs of our times — specifically, 2015.

“The GIF had a pretty good year in 2015,” says Julie Logan, director of brand strategy at Giphy. “The world started to grab hold of the fact that every moment, every show, every event, every song, every celeb — everything — contains within it the perfect GIF.”

From Hotline Bling to Hilary Clinton, GIFs became a mainstream way to explore and explain the world in 2015. These 15 GIFs not were not only seen billions of times in the past year, says Giphy, but also helped define the year’s zeitgeist.

2015 was another strong year for cat pictures on the internet, as it is every year.

You could imagine our shock when we found out this Family Feud GIF was number 2. Actually, it looked exactly like this.

So good. So (sniffle) good.

Jimmy Fallon beat some very good competition in late night television this past year. Jimmy, how does that feel?

Sometimes you just need to close your eyes and pray. (Or post a GIF about it.)

Everyone can identify with this kid. Everyone.

This penguin was running amok in the Northeast U.S for about 4 months in 2015.

11. Miami Vice Deal with it

There are no words.

Of course Benedict Cumberbatch made the list. He was everywhere in 2015. 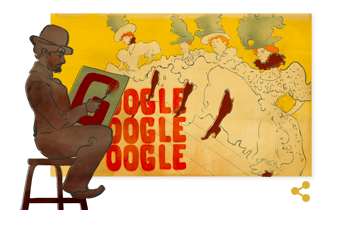 What It's Really Like to be a Google Doodler
Next Up: Editor's Pick