See How Celebrities Spent New Year's Eve and Welcomed in 2016

Here’s a look at how a few of them celebrated New Year’s Eve.

Pop princess Ariana Grande and her brother Frankie marked their family celebration with a selfie.

Singer Luke Bryan marked his New Year’s Eve with a performance in Times Square, as did Demi Lovato with her boyfriend Wilmer Valderrama. The That ’70s Show star posted several pictures, including a selfie of the couple after Lovato’s performance.

Justin Bieber posted a quiet picture of himself ready for his night out.

While Aussie movie star Hugh Jackman posted a message to his fans during his.

Jackman’s compatriot Rebel Wilson brought in 2016 in her native Australia, with the comedienne posting pictures of a party in Sydney.

Kim Kardashian, meanwhile, chose to post a couple of pictures marking her husband Kanye West’s brand new single “Facts,” including a picture of Taylor Swift — who also had a new track out on Dec. 31.

Actress Diane Kruger, meanwhile, didn’t really have too much cause for celebration. Two days ago, she announced on her Instagram that she was suffering from an undisclosed illness and appeared far from better on the big night. 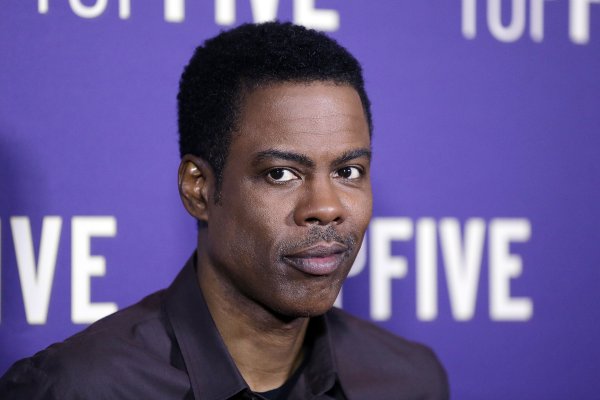 Chris Rock: If Jennifer Lawrence Were Black, 'She’d Really Have Something To Complain About'
Next Up: Editor's Pick