Here’s How Much Prison Time Bill Cosby Could Face

Bill Cosby could face up to a decade in jail if he’s found guilty of sexual assault charges, according to criminal defense experts.

The exact amount of jail time Cosby will face will be subject to a wide number of variables, according to Michael Skinner, a former assistant district attorney in Chester County, Pa., which neighbors Montgomery County, where Cosby faces charges. “It’s very case specific,” Skinner tells TIME. “It’s going to depend upon the nature of the assault, the age of the victim and the strength of the evidence.”

Cosby’s formal charge, aggravated indecent assault, is a second-degree felony that carries a maximum sentence of 10 years, according to Skinner. The standard sentencing range for such crimes is 22 to 36 months in Pennsylvania, but judges have discretion to go above or below that range based on the seriousness of the crime. A number of factors in the Cosby case mean that if he’s found guilty, Skinner believes he would get a sentence longer than three years. “Given the serious nature of the allegations, I can’t imagine him getting anything less,” he says.

The charge against him centers on a single incident in early 2004, in which he allegedly served his victim wine and blue pills, then sexually assaulted her. However, in his complaint against Cosby, the district attorney describes two earlier incidents in which the entertainer sexually harassed the victim. The prosecution is likely to present these as “aggravating factors” that would warrant additional jail time. “The DA’s office would argue this wasn’t a one-and-done type situation,” Skinner says.

Skinner said the fact that sexual assault allegations against Cosby have been widely reported in the media over the last year could also make his sentence longer if he’s found guilty. The alleged use of drugs to incapacitate his victims may also extend Cosby’s sentence. “Any time that a case is in the paper, it’s going to get everyone’s attention,” Skinner says. “No judge or DA’s office wants to look soft on crime.”

According to the Montgomery County district attorney’s office, Cosby gave his victim wine and three blue pills at his Pennsylvania mansion in 2004, then proceeded to sexually assault her. The case was reopened during the summer after new evidence came to light during a civil suit. 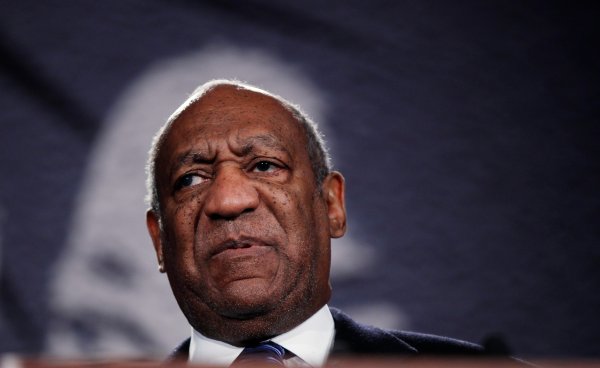 What Bill Cosby Said About His Alleged Victim Under Oath
Next Up: Editor's Pick