A statue of a girl symbolizing the issue of 'comfort women' in front of the Japanese embassy in Seoul on Dec. 28, 2015
Chung Sung-Jun— Getty Images
By Mark Rivett-Carnac

Taiwan’s President called on Japan on Tuesday to apologize and compensate Taiwanese women who were forced to work as wartime sex slaves, one day after Tokyo and Seoul reached a landmark settlement on the atrocity.

After a decades-long dispute, Japan on Monday agreed to apologize to South Korea and offered an $8.3 million aid fund for the victims. Taipei said it wants talks with Tokyo to secure a similar resolution, reports the BBC.

“We hope the Japanese government can do better and take better care of the comfort women’s welfare and dignity,” said Taiwan’s President Ma Ying-jeou. “Our stance has not changed.”

Read Next: ‘Comfort Women’ Have Waited a Long Time for an Apology

Japan forced an estimated 200,000 women — euphemistically called “comfort women” — into military brothels during WWII, some near the front lines. Most victims were Korean, but others came from China, the Philippines, Indonesia and Taiwan. 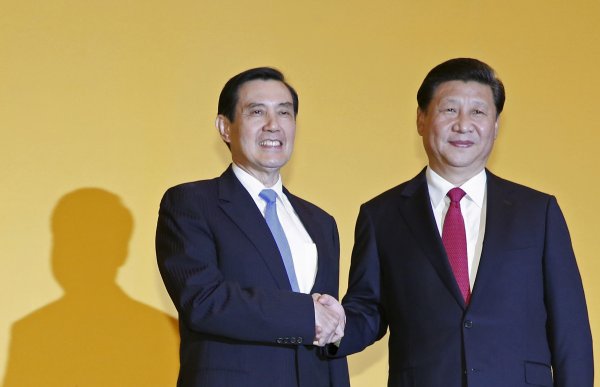