You know it’s a different kind of war when the Pentagon spends several minutes running down a list—by name, occupation and date of demise—of 10 Islamic State leaders it says it has killed over the past three weeks.

They ranged from four “external operations” planners to the “emir of Kirkuk Province” to an “IED cell facilitator,” Army Colonel Steve Warren told Pentagon reporters Tuesday during a video briefing from Baghdad. The enemy KIA also included the “deputy financial emir in Mosul” a “forgery specialist” and an “executioner.” The most noteworthy name was that of Charaffe al Mouadan, who Warren said had a “direct link” to the ISIS members who carried out the attacks in Paris Nov. 13, killing 130. An air strike killed Mouadan, 27, in Syria Dec. 24.

Military leaders have rattled off such rosters before, but never one so long and detailed. It stands in stark contrast to the dearth of information the Pentagon provided on the number of ISIS fighters killed as Iraqi forces drove them out of Ramadi this week, seven months after occupying it. ISIS forces in the capital of Iraq’s Anbar province peaked at close to 1,000, the Pentagon estimates, but shrank to 300 or so as the final battle for control of the city began a month ago. Since then, U.S.-led air strikes have killed at least 100 more.

The information mismatch between the deaths of leaders and the led highlights the differences between conventional warfare—where body counts count—and the war on ISIS, where the usual yardsticks of progress often don’t apply. It’s like waging war in a fun-house mirror, distorting what can be seen, and therefore what can be known.

The U.S. military has debated the wisdom of targeting terrorist leaders as an efficient way of waging war since 9/11. “History is replete with examples of nations interpreting targeted killing as a panacea for winning in war,” said one study critical of the strategy. Killing such leaders can give rise to even more brutal terrorists who replace them, some argue. “The concern that a successor to the slain leader may prove even more dangerous than his predecessor becomes a moot point,” a second military officer wrote, “if we are prepared to continue eliminating successive layers of command.”

That’s the path the Pentagon is now following. Picking off individual leaders—whose names are unknown to all but a handful of Americans—shows how important the U.S. believes decapitating ISIS is to eventual success against the jihadists. “Any organization that sees its middle and upper management degraded in this way is going to lose some of their synergy,” Warren said. “It’s difficult to command and control an organization without the command and control personnel.”

Yet the flip side is also true: a handful of terrorists carrying out a strike anywhere outside ISIS’s self-declared caliphate instantly becomes the focus of the world’s media, magnifying and yes, exaggerating, ISIS’s strength and the actual threat it poses to the average Westerner.

But that certainly doesn’t minimize the danger. “All of these terrorists had eventual designs on attacking the United States,” Warren said. “It is important that people understand that as long as those external attack planners are operating, the United States military will hunt them and we will kill them.”

Read Next: Fighting in Iraq and Afghanistan Echoes the 30 Years’ War 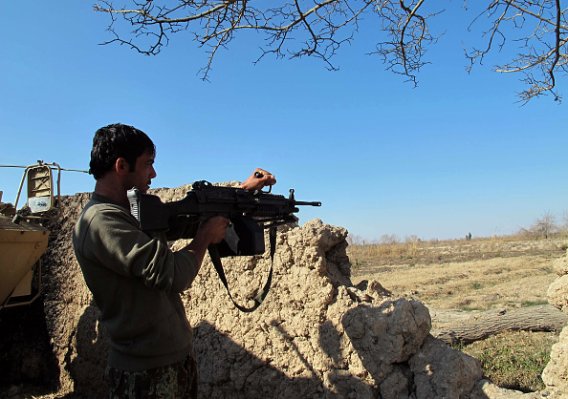 Fighting in Iraq and Afghanistan Echoes the 30 Years' War
Next Up: Editor's Pick