The non-alcoholic “party drink” is described on U.K. discount store Home Bargains as a “grown-up alternative to juice and pop at parties” for “little princes and princesses across the land who want to be more sophisticated.” The store defended its decision to stock the beverage, reports Mashable, saying that the product is “clearly labelled as a non-alcoholic soft drink.”

Alcohol awareness activist believe the product normalises alcohol consumption, causing them to experiment with it. “Too often alcohol is sold as if it was a normal commodity and alcohol-like products are used to entice people into the world of alcohol,” Jackie Ballard, the chief executive of Alcohol Concern, told Mashable.

A Disney spokesperson said in a statement that the product will stop being produced from April 2016. In the future, they plan to “no longer license Disney images to a product that is packaged to look like alcohol.” 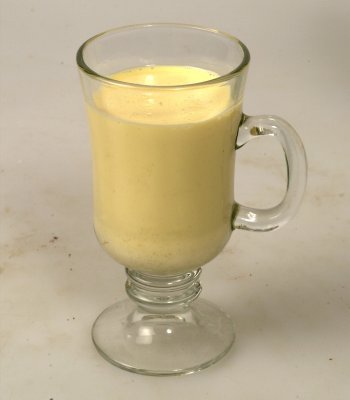 How Eggnog (Almost) Changed the World
Next Up: Editor's Pick