Taking a month off drinking is an increasingly common New Year’s resolution, though it remains unknown how successful people are at staying sober for a month, or what distinguishes people who can keep it up compared to those who can’t, according to a new study.

Researchers of the new report, published in the journal Health Psychology, looked at 857 British men and women who pledged to partake in a “Dry January,” and stay sober for the month. The researchers wanted to better understand what makes a person successful at staying sober for 31 days, and how the month-long sobriety affects future drinking behavior.

The men and women in the study filled out three questionnaires: one at the start, one a month later, and one six months later. Overall, 64% of the people completed the Dry January, with a pretty even split of men and women. The people who successfully completed the month were more likely to report at the beginning of the month that they consume fewer drinks, are less often drunk, and score lower on a Alcohol Use Disorders Identification Test (AUDIT) compared to other people participating. They were also more likely to have significantly higher drink refusal self-efficacy (DRSE) scores at baseline.

In general, participating in Dry January was associated with significantly fewer drinking days per week, fewer drinks per drinking day, and a lower frequency in drunkenness six months later. Interestingly, the researchers noted that even people who did not finish the month experienced positive changes in behavior. In general, few of the men and women experienced rebound effects, the study authors note. Most of the people staying sober for the month reported reductions in their overall alcohol consumption.

The study has limitations since the people involved voluntarily chose to participate in Dry January, and therefore may not be representative of the general public. Still, the researchers believe their findings add value. “Taken together, these findings suggest that abstinence challenges such as Dry January can lead to changes toward healthier drinking and health-enhancing beliefs about alcohol, and are unlikely to result in undesirable rebound effects,” they conclude. 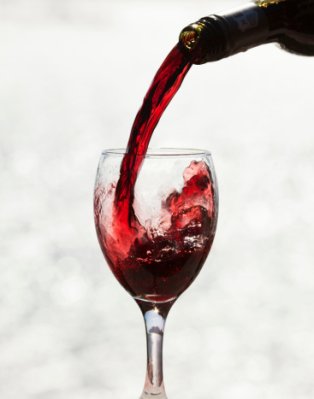 Here's What Happens When You Drink Red Wine Every Night
Next Up: Editor's Pick