Is There a Uighur Terrorist Buildup Taking Place in Southeast Asia?

Ahmet Bozoglan, left, a member of China's Uighur minority, walks for his appearance at the North Jakarta District Court on terrorism charges on July 29, 2015, in Jakarta
Bay Ismoyo—AFP/Getty Images
By Yenni Kwok

As if to underscore the increasingly borderless quality of jihadist insurrection, a suspected terrorist from China’s remote northwest was arrested last week in Indonesia after the country’s antiterrorism squad raided a house in Bekasi, on the outskirts of the capital, Jakarta.

During the Dec. 24 morning raid, the police also seized an explosive device in a car and a model of a government building at the house, along with bombmaking materials. It is believed that the suspect — a 35-year-old member of China’s Uighur ethnic minority named Alli — was being groomed to carry out a suicide bombing.

“He’s a Uighur who was learning Indonesian, and he was a [suicide bomber] in training,” police chief Badrodin Haiti told the Jakarta Globe news website.

Alli is the 11th terrorist suspect arrested by the antiterrorism squad after a series of raids in cities across Java just days before Christmas. According to the police, the crackdown, which started on Dec. 18 and was based on tips from the FBI and the Australian Federal Police, foiled a plot to attack several cities on the main islands of Java, Sumatra and Kalimantan.

Alli, along with six of the terrorist suspects nabbed days earlier, is allegedly part of an ISIS-affiliated terrorist ring that is linked with Bahrun Naim — an Indonesian ex-terrorism convict who has gone to Syria to fight with the Islamic State of Iraq and Greater Syria. (The remaining four belong to another terrorist group, Jemaah Islamiyah, which is aligned with al-Qaeda.)

Some of the funding for Bahrun’s terrorist ring allegedly came from an Indonesian migrant worker in Hong Kong. Tasmina, who is married to Zaenal, another would-be suicide bomber arrested in the West Java town of Tasikmalaya on Dec. 18, allegedly contributed $600 — more than a foreign domestic helper’s monthly wage in Hong Kong — to buy bombmaking materials, says Rakyan Adibrata, a Jakarta-based terrorism expert who advises the Indonesian parliament.

Alli, the Uighur suspect, is believed to have entered Indonesia via Batam, a small island off Singapore, about two months ago — along with two of his Uighur compatriots who remain at large. In Indonesia, he is accused of getting a fake ID card that said he was born in Pontianak, West Kalimantan. “He said he was a Pontianak Chinese, but his Indonesian language is very bad,” Rakyan tells TIME. “It’s difficult to interrogate him.”

Before entering Indonesia, the police believe, the Uighurs were in Thailand and Malaysia. A police source told the Jakarta Globe that Alli might have been linked to the Erawan Shrine bombing in Bangkok on Aug. 17. (Thai police have since ruled out that possibility.)

The Uighurs, from China’s northwestern region of Xinjiang, are Muslims who speak a Turkic language. They have long complained of repression and violence at the hands of the predominantly Chinese Han majority. Thousands have fled China in recent years, including to Southeast Asian countries like Thailand and Cambodia. The vast majority have no connection whatsoever to terrorism or Islamist extremism, instead claiming legitimate asylum. Their peaceful hope is to be allowed to go on to Turkey, but the Thai and Cambodian governments have instead deported them back to China, despite well-founded fears that the Uighurs will be persecuted on their return.

Alli wasn’t the first Uighur arrested in Indonesia. In September 2014, the police detained four Uighurs who attempted to meet Santoso — the leader of the Mujahideen of Eastern Indonesia, Indonesia’s most-wanted man and a jihadist who has pledged allegiance to ISIS — in Poso, Central Sulawesi, and to join his militant group. Like Alli, they too had been in Thailand, where they obtained fake Turkish passports, and later went to Malaysia before heading to Bandung, West Java. The four were sentenced to six years in jail by Indonesia’s courts in July this year and, at Beijing’s behest, were repatriated to China.

Indonesia hasn’t seen any mass-casualty terrorist attack to date since it cracked down on Jemaah Islamiyah, the jihadist group responsible for the Bali bombings in 2002 that killed 202 people. In the past five years, nearly all victims of terrorism in Indonesia have been police officers, who are blamed for the arrests and killings of jihadists.

Yet the rise of the social-media-savvy ISIS has sparked new interest. According to the Jakarta-based Institute of Policy Analysis for Conflict, more than 1,000 Indonesians have sworn allegiance to ISIS since June 2014. The country’s intelligence agency suggests 800 Indonesian citizens have joined ISIS in the Middle East, but police chief Badrodin disputes the figure, saying “only around 60 to 70.”

China itself has experienced a series of terrorism attacks, including mass-stabbing incidents in Kunming and Guangzhou train stations in 2014; bombing and knife attacks in Urumqi’s market and train station in 2014; and a suicide car crash in Beijing’s Tiananmen Square — all of which were blamed on the Uighurs.

The presence of Uighurs in Indonesia, thousands of kilometers away, shows “interesting dynamics,” terrorism expert Rakyan says. “Terrorism as ‘weapon for the weak’ is no longer characterized with a specific territory.” 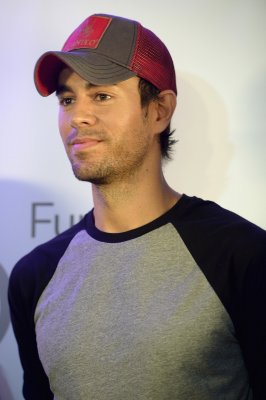