Maggie Smith Says She Hasn't Seen Any of Downton Abbey

Dame Maggie Smith, who plays the Dowager Countess on Downton Abbey, still hasn’t seen any of the show — even as the final season is set to premiere in the U.S. next week.

The actress told CBS News two years ago that she hadn’t seen any of Downton, and the news outlet asked again if she had remedied the situation. “No. But they gave me the boxed set. And I’m going to do all sorts of things now, ‘cause I’m free!,” she said in an interview that aired on Sunday Morning.

U.K. audiences saw the finale of the six-season-long Downton Abbey this week. According to the BBC, the episode garnered 6.6. million views, which was overshadowed by the Queen’s speech (combined 7.2 million across BBC and ITV). And with the end of the series comes the end of corsets.

“In actual fact, I have to say that I did cheat a bit,” Smith admitted. “Because I promised that if I sat up, bolt upright, I made it look as though I were wearing corsets.” 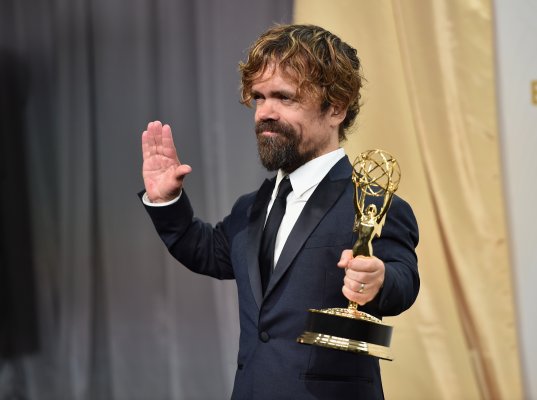 Game of Thrones is TV's Most Pirated Show of 2015
Next Up: Editor's Pick