Companies often engage in targeted advertising campaigns, but one of the world’s largest beverage makers recently put out an ad with a message that can only be deciphered by less than 5% of the global population.

The Coca-Cola Company recently deployed the advertising campaign in Denmark and it features an image that looks to most people like one large circle comprised of smaller, green and brown-ish colored circles arranged in a unique pattern. Apparently, though, as Adweek notes, the image’s pattern reveals the word “Life,” but only people who are color blind are able to pick up the message. The ad, created by Danish ad agency Essencius, promotes Coke’s reduced-calorie Coca-Cola Life, which uses the sugar substitute Stevia.

Essencius’ Facebook page included a sneak peek at the ad’s image earlier this month with the tag, “Can you connect the dots?”

According to the Colour Blind Awareness non-profit organization, about 4.5% of the world’s population is color blind, though more men are affected than women. Despite the relatively small number of people who can read the advertisement, Essencius managing partner Brian Orland told Adweek that the ad can inspire curiosity in anyone who views it, which “has had a great impact on the engagement rate.” 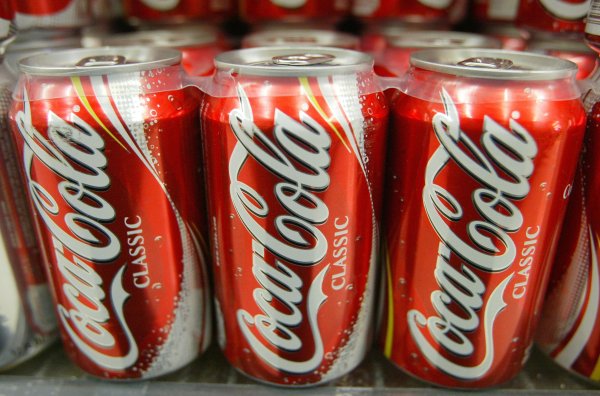