Jennifer Lawrence Came Close to Starring in The Hateful Eight

Jennifer Lawrence was almost picked to star in Quentin Tarantino’s The Hateful Eight, but she was too busy with her other blockbusters, the director of the new western flick said.

Tarantino was tempted to cast the 25-year-old Hunger Games star as Daisy Domergue before he ultimately chose Jennifer Jason Leigh to play the role, he told Entertainment Weekly.

“I’m a huge Jennifer Lawrence fan. I can see her doing a good job with this role, so we went to talk about it and everything,” he said. “She was just doing me a courtesy to see me, I think. She was doing Joy. She had to do all this publicity on the Hunger Games movies. There was just no f—— way in the world that she was available.”

But Tarantino said that worked out in the end. “Having said that, I’m glad I didn’t cast somebody that young,” he said. “I think I absolutely positively made the right choice, as far as the ages of the characters.”

Tarantino’s eighth feature film, The Hateful Eight, hits select theaters on Dec. 25 before a nationwide bow on Jan. 8, 2016. The movie, which is set in Wyoming after the Civil War, stars Samuel L. Jackson and Kurt Russell. 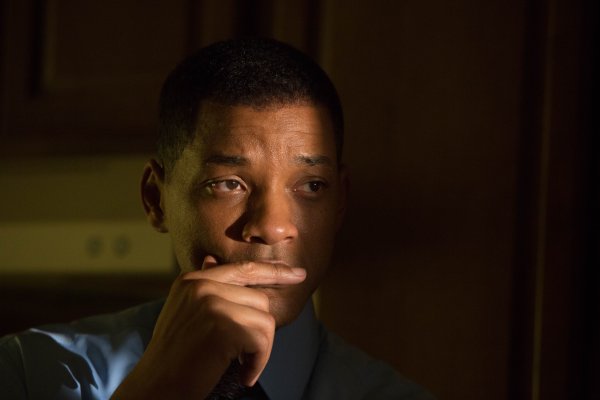 Review: Concussion Has the Truth on Its Side
Next Up: Editor's Pick