Review: Where To Invade Next Re-Hashes Old Tropes But Accomplishes Little Else

Michael Moore in Where to Invade Next.
Dog Eat Dog Films
By Lisa Schwarzbaum

In Where To Invade Next, documentary showman Michael Moore puts his American passport to heavy use, meandering around Europe and North Africa to marvel at how they—the vague and elusive they—do things better there—the vague and elusive there—than here in the U.S. So many things, so much better! In Italy, workers receive generous paid vacations, extended maternity leave, and two-hour lunch breaks! In France, little kids are fed tasty, nutritious school lunches, including fancy cheeses! In Finland, young students aren’t burdened with childhood-crushing homework, while in Portugal, no one is arrested for using drugs! In Slovenia, a university education is free! In Iceland, wicked bankers who threw the country into recent economic crisis were actually convicted of their crimes!

Such progressive notions are amazing, Moore says. In fact, they are so much better than the crappy vacation and stingy maternity schedules, the bad school lunches, the heavy student debt and onerous drug sentences of the United States, that it might well be worth bigfooting into those same little countries to appropriate their happy social policies for our big, swaggering selves. We Americans love invading smaller countries around the world anyway, he reasons; why not march into Norway, say, and steal their enlightened ideas about humane prisons?

The filmmaker jokes, of course. But he doesn’t. But he does. He stomps through his European grand tour, large and shaggy in his trademark Average Joe baseball cap and Shlubby Yankee wardrobe, draped in an American flag—sometimes literally. And he is greeted cordially everywhere he goes by very pleasant Finns, Germans, and Norwegians, et al. Everyone is amiably ready to go along with whatever this large, self-mocking but also self-serious semi-celebrity wants for his latest left jab. At one point, the president of Slovenia takes time to meet with Moore, the former in a respectful suit, the latter in his gadfly costume of I’m-a-Michigan-working-stiff. At another point, the American visitor tries to get those same little French kids to drink Coca-Cola. Can you imagine—they are not interested!

The finished product is never as good as it should be, but it is usually given a pass—at least by the like-minded audience for which it is intended—for wearing any kind of liberal bunting at all.

In the more than 25 years since the bracing brashness of Roger & Me, why are Moore’s documentary-making skills and aesthetic interests stuck with such an exasperating case of arrested development? Why does he clutter up his own good arguments—for pity’s sake, American university students do deserve the opportunity to graduate without facing years of financial debt—with all that bluster? As a performer and as a character in his own movies, Moore presents himself as both the physical embodiment of the cartoon screwed-over, cash-strapped, underappreciated American worker, and as the Coke-swigging cartoon American yahoo all those pleasant Italians and Tunisians and Slovenians no doubt look at with bemusement and gentle pity. But the act is wearing perilously thin.

In the least successful of the filmmaker’s European reconnaissance missions, he touches down in Nuremberg, Germany—the welcoming city for Adolf Hitler’s Nazi Party conventions—to admire how today’s Germans take responsibility for the sins of their fathers, incorporating national atonement into their duties as citizens. Why, he muses aloud, can’t we Americans acknowledge our own historical crimes against the native peoples and slaves we have harmed and killed? The notion of Michael Moore “invading” Germany, the clumsily appropriated images of the Nazi rallying grounds made famous by filmmaker Leni Riefenstahl, and his simplistic observations about German atonement and American guilt are both well-intentioned and frustrating in their meaninglessness.

At a certain point, it hardly matters where Moore wants to invade next. Wherever he goes as a filmmaker, he makes the United States look flatter than it actually is. 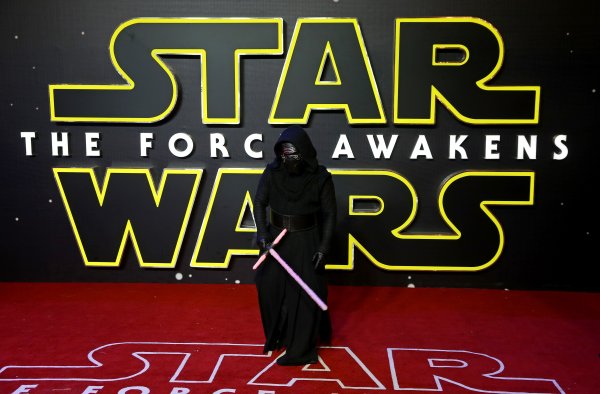