Review: Charlotte Rampling Gives a Performance for the Ages in 45 Years

Our ideas of love are sometimes shaped more by what’s outside of us than what’s within: It’s always better for someone else. Maybe that’s why we practically melt when we see an older couple on the street, holding hands and seemingly devoted to each other. Even if we know nothing about their lives, we look at them and think, Somehow, they’ve done it right.

In Andrew Haigh’s delicately shaded drama 45 Years, Charlotte Rampling and Tom Courtenay play one of those couples, Kate and Geoff Mercer. The two are nearing their 45th wedding anniversary, and they’re deep in the planning for a big party. As the event draws near, Geoff gets some news that shakes him: The body of a woman he used to love—a potent memory with a name attached, Katya—has been found in Switzerland; she’s been lost for close to 50 years. Geoff is shaken by this sudden reminder of lost love, now made crushingly final, yet the news affects Kate even more deeply. She knew so little about Katya. Why hadn’t her husband told her more? And why is he now so filled with grief that he’s drifted miles away?

That’s the rough, jagged outline of 45 Years, which Haigh adapted from a short story by David Constantine, though any explanation of what happens in the movie pales in the context of how it happens. Kate and Geoff live in Norfolk, and the countryside itself seems a part of their union: The dog must be walked, the occasional trip into town must be made. But the cozy house they live in—the home this childless couple has made together—has suddenly become a country unto itself, a vast, moonlike space that separates them. It appears, too, that Geoff and Kate’s reaction to this news of Katya isn’t just a response to a specific event, but a token of all the things in their lives that might have gone differently: Do they regret not having had children, even if their closeness as a couple is partly a result of that? (The question hangs in the air, a sodden cloud of a question mark, especially when it’s revealed that Katya may have been pregnant when she died.) At one point Geoff recedes into the attic to rummage for an old photograph of Katya. When Kate asks to see it, he refuses, and instead of backing down, she becomes enraged: “Show me the bloody picture!” While Kate’s anger and frustration fill her with a strange, ruthless force, Geoff becomes more withdrawn—it’s as if his spirit has come unglued from his body.

This is an actors’ movie, and Haigh—whose previous film was the tender 2011 drama Weekend—gives his performers limitless room to roam. Courtenay is terrific, particularly in a role demanding that he essentially close in on himself—it’s as if he’s pulling away from Kate in ever-widening circles, like a tamed hawk suddenly and inexplicably feeling the need to escape. But this is really Rampling’s movie: She has always possessed great physical beauty, and here, even doing something as simple as reaching for a glass in the cupboard, she’s as lithe as a ballerina swan. But there’s no hiding her age, and that’s the glory of it: Her smile and her eyes are the same as they ever were, though time has done its work everywhere else, as it does on all of us if we have the guts to let it. When Rampling’s Kate pleads with her husband to tell her more—and then, understandably, closes up like a flower at night, unable to bear anymore—her vulnerability becomes a thing of lacerating power. The movie’s final scene is densely populated, yet there’s no one but Rampling. She’s alone with herself, and inside herself, and her suffering is so resplendent that we’re faced with the terrifying choice of wanting to bask in it and feeling we should turn away. In the end, there’s no turning away.

The devastating truth of 45 Years, so beautifully wrought, is that even the most devoted couples are made up of two people who are essentially alone. If they’re lucky, the bridge they’ve built between them is strong. In the movie’s final moment, Rampling’s face—in its determination, resignation and despair—reflects 1,000 facets of that truth. But mostly, it’s the face of a woman who knows her bridge has washed away. 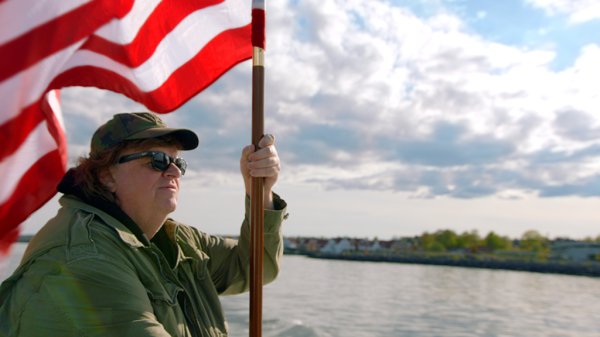 Review: Where To Invade Next Re-Hashes Old Tropes But Accomplishes Little Else
Next Up: Editor's Pick