Robert Durst To Be Extradited To Los Angeles on Murder Charge

Real estate heir Robert Durst will be extradited from New Orleans to Los Angeles to face a murder charge in the death of his longtime friend, prosecutors said Tuesday.

The 72-year-old subject of a recent HBO documentary The Jinx in which he was recorded saying he “killed them all of course” will be arraigned on a pending murder charge by Aug. 18, 2016 for the 2000 killing of Susan Berman, the Los Angeles County District Attorney’s office said.

The agreement was reached Tuesday by Durst and his attorneys, prosecutors said.

Durst has been accused of several murders over the years, including that of his wife, Kathie. He also admitted to killing his neighbor, Morris Black, claiming it was in self-defense, and a jury acquitted him of murder in 2003.

Most Popular on TIME
1
The 5 Best New TV Shows Our Critic Watched in October 2020
2
Judge Orders Extradition of Teen Charged in Kenosha Shooting
3
How did the 1918 Flu Pandemic End? 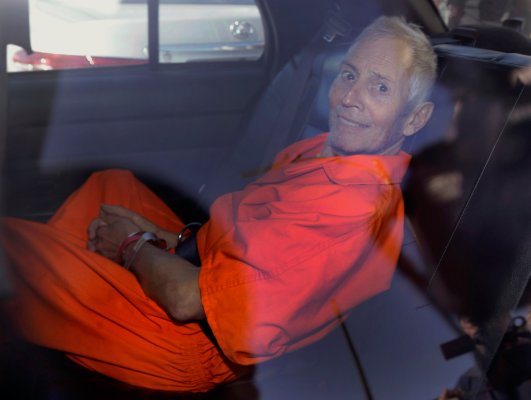 Robert Durst Sued by First Wife's Family for $100 Million
Next Up: Editor's Pick