Kim Kardashian Apologizes for 'Breaking' the App Store with Kimojis

It’s time for Kim Kardashian West to ‘break the Internet’ again. Or rather, Apple’s app store.

The mother of two’s brand new Kimoji app features a customized collection of emojis that include more than 250 food, beauty and pop culture related images that are apparently in such high demand, some users had issues downloading them.

“Apple, I’m so sorry I broke your App Sore!!!” Kim tweeted. “I can’t believe co many people downloaded my KIMOJI app that it affected the entire app store!”

The Keeping Up With the Kardashians star also tweeted a message to fans who were complaining about the application not working properly. Some shared screenshots in which none or just a few of the emojis – which cost users $1.99 – were available.

“We worked so hard on this app & we know there are some issues due to the massive downloads that the whole tech team is working on,” the reality star wrote. “My KIMOJI app will be up and running again soon! They are also working on fixing the search so u can easily find it!”

Being the momager that she is, Kris Jenner also updated fans, encouraging them to be patient.

“I think the Apple App Store is overwhelmed but hang in there it’s worth is (sic)!!!!!!!! #KIMOJI,” Jenner, 60, wrote.Kardashian’s newest project, which she’s been working on with a design team for the past two years, is currently the top trending paid app. 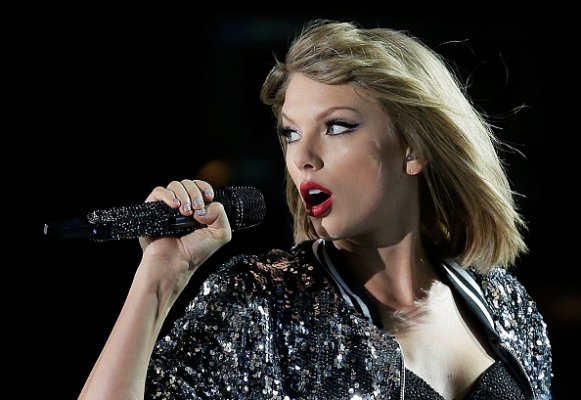 Taylor Swift Visits Young Fan During Her Cancer Battle
Next Up: Editor's Pick