Nepalese parliamentarians gesture while voting to pass a long-delayed bill in Kathmandu on December 16, 2015.
PRAKASH MATHEMA—AFP/Getty Images
By Rishi Iyengar

Nepal’s government on Monday agreed to amend the country’s recently promulgated constitution in order to give more rights to a protesting ethnic minority, signaling a potential end to a blockade of its border with India that has crippled the small Himalayan nation for more than three months.

The proposed amendments will meet the two main demands of Nepal’s Madhesi community: proportional representation in government and changes to the way electoral constituencies are drawn up, reports the Indian Express newspaper.

India, which Nepal has accused of engineering (or at least tacitly supporting) the Madhesi protests that have killed around 50 people since the constitution was passed on Sept. 20, praised the Nepali government’s decision and called the proposed amendments “positive steps” towards ending the conflict.

“We urge all Nepali political forces to now demonstrate the necessary maturity and flexibility to find a satisfactory solution,” India’s Ministry of External Affairs said in a statement.

The Indian government has strongly denied allegations of its involvement in the border impasse, which has blocked its regular supply of fuel and other goods to Nepal for around a dozen weeks. The cutoff of supply lines due to the protests have left the landlocked mountain nation reeling as it braces for a harsh winter, while also recovering from a devastating earthquake that claimed over 8,000 lives earlier this year.

Read next: India and Nepal Have No Choice but to End Their Border Dispute and Move On 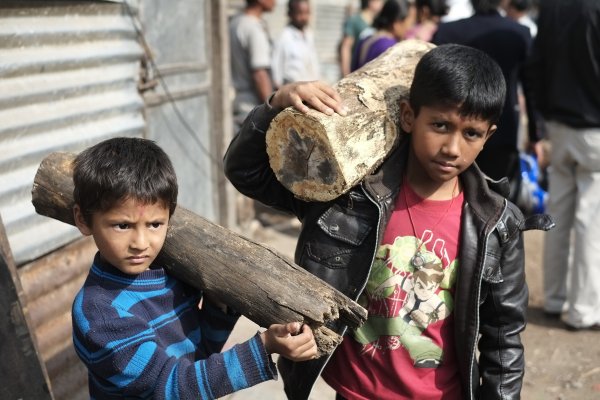 Nepal Blockade Puts Children at Risk
Next Up: Editor's Pick