Volunteers extinguishing a peatland fire on Oct. 27, 2015, in the outskirts of Palangkaraya, in Indonesia's Central Kalimantan province, where respiratory illnesses have soared as the smog has worsened
Bay Ismoyo—AFP/Getty Images
By Joanna Plucinska

Fifty-six companies face sanctions for their role in causing the thick haze that has blanketed much of Indonesia and Southeast Asia in late 2015, the BBC reports.

Most of the companies involved are pulpwood plantations in Indonesia’s Sumatra and Kalimantan. Their illegal slash-and-burn farming methods are largely to blame for the pollution that has plagued the region, writes the Straits Times.

In an unprecedented move, the Indonesian government will either revoke or freeze company licenses if they are found to be directly involved. Three companies implicated in starting forest fires have already had their licenses revoked, causing them to permanently shut down, reports Agence France-Presse (AFP).

“We have sanctioned 23 companies in total, ranging from administrative sanctions to license revocation, while 33 others are still in the process, they could have their licenses revoked too if they are found guilty,” Environment Ministry official Kemal Amas told AFP.

While the thick haze caused by forest fires is not uncommon in Southeast Asia, it was particularly bad in 2015. 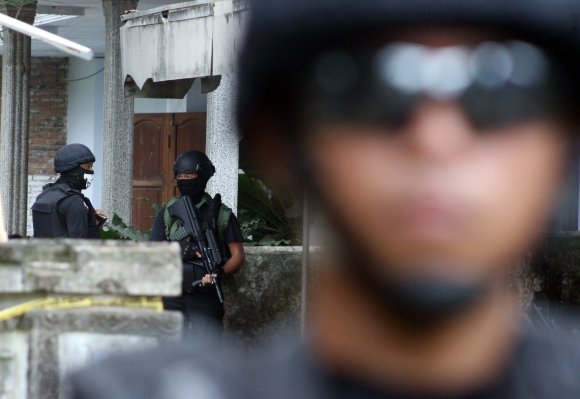 Police in Indonesia Arrest 9 Terrorist Suspects
Next Up: Editor's Pick