Actually, Harry Potter Fans Have Wondered if Hermione Was Black Before

Noma Dumezweni poses with the award for Best Performance in a Supporting Role for A Raisin in the Sun at the Laurence Olivier Awards in London on Feb. 26, 2006
Dave M. Benet—Getty Images
By Sarah Begley

When casting was announced Sunday for the upcoming West End play, Harry Potter and the Cursed Child, some fans were surprised that the character of Hermione Granger would be played by a black actress: the Swaziland-born, Olivier Award–winning Noma Dumezweni.

In typical J.K. Rowling fashion, the author of the beloved series quickly took to Twitter to rebuke fans who saw this as a departure from the books: “Canon: brown eyes, frizzy hair and very clever. White skin was never specified. Rowling loves black Hermione,” she wrote.

But the casting decision and Rowling’s follow-up statement were not a surprise to some fans. For years, a community of readers have wondered whether Hermione Granger was indeed written as a black or mixed-race character all along.

Bloggers have speculated about Hermione’s race on sites from Black Girl Dangerous to Hello Giggles, often articulating the way they as women of color identified with the character — an outsider in Hogwarts — as children. In past months, other fans have debated the question on Reddit and Quora, pointing out not only details about Hermione’s hair, but also that she’s never specifically described as white. In February, a Buzzfeed post celebrated fan art depicting Hermione as black; the author related the racial slurs flung at her as a middle schooler reminded her of the characters who called Hermione a “mudblood.” And in Harry Potter and the Prisoner of Azkaban, Hermione’s skin is described as “very brown” after a vacation — hardly proof, but it seems to be the only time her skin is ever mentioned.

Some commentators, such as Stephen Bush at the New Statesman, note that they’ve thought of Hermione as black since first reading the books:

Of course, the illustrations in the Potter books appear to present a white girl. The illustrator, Mary GrandPre, told TIME in a 2008 interview that she didn’t deviate from the book’s descriptions: “I have this obligation and sense of responsibility — and privilege — to stay true to the writing.” The casting of Watson in the films made the assertion that Hermione was white even more official. That said, most readers also assumed Dumbledore was heterosexual until J.K. Rowling announced he was gay in 2007. 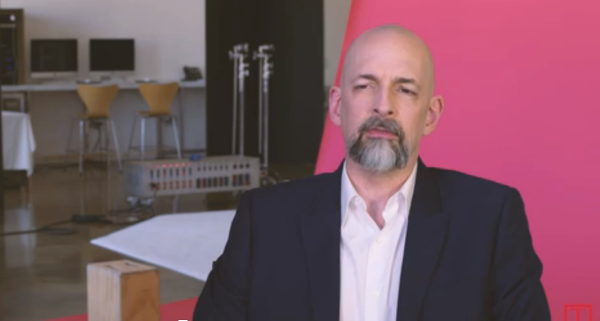 Neal Stephenson Explains the Rise of Novelistic TV
Next Up: Editor's Pick