Boko Haram Forces More Than 1 Million Kids Out of School

Nigerian girls who fled Boko Haram to Chad gather in a school set up by UNICEF at the Baga Solo refugee camp in Chad on March 4, 2015.
Jerome Delay—AP
By Charlotte Alter

More than a million children have had their education interrupted by the conflict in and around Nigeria, UNICEF announced Monday, on top of the 11 million children who are already out of school in the region.

According to the agency, more than 2,000 schools across Nigeria, Cameroon, Chad and Niger have stayed closed since the beginning of the Boko Haram insurgency which has destabilized the region and displaced millions, including at least 1.4 million children. Approximately 600 teachers in Nigeria have been killed in the conflict, and only one out of the 135 schools closed in northern Cameroon in 2014 have been re-opened.

“It’s a staggering number,” said Manuel Fontaine, UNICEF’s West and Central Africa Regional Director, in a statement. “The conflict has been a huge blow for education in the region, and violence has kept many children out of the classroom for more than a year, putting them at risk of dropping out of school altogether.”

UNICEF, a children’s fund which is operated by the United Nations, has set up temporary learning spaces to reach 67,000 kids and provided learning materials to 132,000 others, but the organization has only received 44% of the funding it needs to address the humanitarian needs of children in this region.

Conflict in other parts of the world has also kept children out of school, including 400,000 Syrian refugee children who had fled to Turkey, Human Rights Watch reported in November. 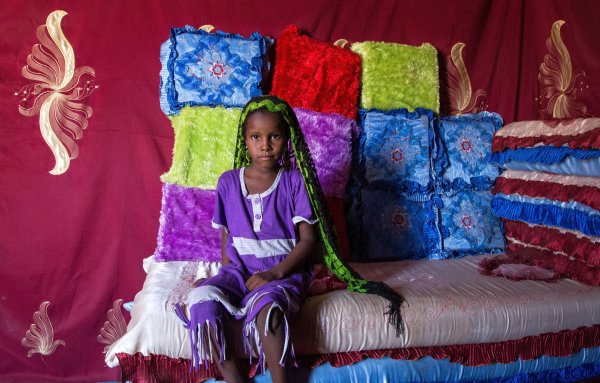 Report: Child Marriage in Africa Could Double by 2050
Next Up: Editor's Pick