Bill Cosby has filed a defamation suit against Beverly Johnson, according to his lawyer, for statements the former model made about the comedian in the media.

Johnson is one of dozens of women who have accused Cosby of sexual assault—she came forward in a Vanity Fair article that detailed her troubling encounter with Cosby, during which she said the star drugged her. In a statement issued Monday, Cosby’s attorney Monique Pressley said Cosby is suing Johnson in California for her “false, malicious, opportunistic, and defamatory accusations that Mr. Cosby drugged her.”

Pressley’s statement says Johnson is benefiting financially from sharing her story, which she told on several media shows and included in her recent memoir. Cosby is seeking compensatory and punitive damages and a court order that would keep Johnson from making further statements.

In a statement sent to TIME, Johnson said, “I am aware of the statements from Bill Cosby. In cases of rape and abuse, abusers will do whatever they can to intimidate and weaken their victims to force them to stop fighting. I ask for your support of all of the victims involved.”

This is just Cosby’s latest legal action against his alleged victims. Last week, he sued seven of his accusers for defamation; he is seeking public retractions from each of them. 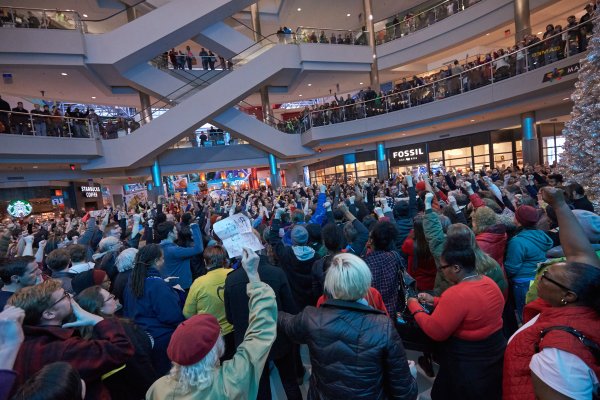