Here Are Your New Food Rules

1 Don’t worry so much about protein

With fat-free foods falling out of favor, protein has ascended as the most contentious item in the American diet. Added protein isn’t just the stuff of muscleman shakes anymore. Now it’s being added to everything from energy drinks to Cheerios to dried pasta. The popularity of the paleo diet, which encourages high protein consumption, helped spur the trend, but there is growing skepticism that eating like our ancestors is a healthy lifestyle choice.

There’s no question protein is essential in the diet. Humans need the amino acids delivered by protein to repair cells and encourage healthy growth and development. Still, “getting enough protein” seems to spark anxiety in many people (and it comes up all the time in conversations with vegetarians), even though Americans eat far more of it than they need.

“If you are eating enough calories, it’s really hard to not get enough protein,” says Marion Nestle, a professor of nutrition and public health at New York University. Indeed, the Institute of Medicine recommends 56 grams of protein per day for men and 46 grams for women, while federal data suggests that men eat an average of 99 grams a day and women 68. “It’s not something anybody needs to worry about,” says Nestle.

Based on his research, Valter Longo, director of the University of Southern California’s Longevity Institute, suggests that people cut down on animal protein. “I think people hopped on high-protein diets because of weight loss,” says Longo. “If you switch to a high-protein diet and you remove the carbs, you are going to lose weight.” But even though you may lose weight, he says, you could also be introducing other problems. Longo’s research shows that cancer risk increases nearly 400% among Americans who get 20% or more of their daily calories from protein, compared with those who restrict their protein intake to 10%.

It may also play a role in aging–and not an especially good one. “Proteins and their amino acids regulate the two major pro-aging pathways,” says Longo. By “up-regulating” those pathways, eating lots of protein seems to promote higher rates of both death and disease. For these reasons–and since nearly all Americans eat far more of it than they need–experts agree that counting protein (and loading up on it in supplement form) is unnecessary.

2 Whenever possible, eat outside the box

In 2015, there was a spate of announcements from companies saying they were removing artificial colors and flavors from their foods. While that may make some foods more appealing to some people, the changes don’t, de facto, mean the food is any more nutritious. “It’s not just a question of what companies take out but what they put in,” says Dr. David Katz, founding director of the Yale University Prevention Research Center. So what’s healthiest? In a 2014 study, Katz compared the scientific evidence behind several mainstream diets in order to see which was best. He and his team looked at low-fat, Mediterranean, paleo, vegan and more and came to the (admittedly intuitive) conclusion that the winner is ultimately real food. “We concluded that all of the ‘My specific diet can beat your specific diet’ claims are invalid,” says Katz. “All good diets emphasize foods with minimal processing and an emphasis on vegetables, fruits, whole grains, beans, nuts and seeds. Everything after that is less important.”

AIDS Patient Shows No Sign of Virus After Experimental Drug

We’re all suckers for health claims, especially the ones that adorn our foods. With words like antioxidants, fortified with vitamins or simply superfood, it’s no surprise Americans tend to focus on the nutrients in their food rather than the food itself. Researchers have a name for it: “nutrient-centrism.” In a recent study published in the Journal of Health Psychology, Cornell University’s Jonathon P. Schuldt found that people think eating omega-3s, for instance, will better protect them from disease than fish, which is one of nature’s best sources of the fatty acid. That way of thinking misses the point, says Schuldt. “Even though more experts are emphasizing whole foods with nutrients in their natural contexts, our research suggests that when it comes to perceptions of long-term disease outcomes, nutrients still hold a lot of sway,” Schuldt says. It’s not that drinking açaí “superfood” juice will hurt, necessarily. But it’s not necessarily more nutritious than humbler berries. As Schuldt puts it, “Your mom’s never had açaí, so it’s exciting now. But I think blueberries will win out in the end.”

4 Instantly improve your diet with this nutrient

There is no nutrient less glamorous than fiber–but recent research suggests that the 97% of Americans who don’t eat enough of it are seriously missing out. Fiber is “absolutely, without a doubt” the thing humans need to eat more of, says Dr. Justin Sonnenburg, associate professor of microbiology and immunology at Stanford University School of Medicine. Evidence is mounting that the composition of a person’s gut bacteria likely influences their risk for many health problems, including obesity, Type 2 diabetes and even certain autoimmune diseases. Research is also starting to show that people can change the makeup of their microbes by eating more fiber.

Our ancestors–foragers of a huge range of plant material–are thought to have eaten up to 150 grams of dietary fiber each day. Today most Americans eat 16 grams. Researchers have theorized since the 1960s that fiber plays a significant role in overall health. Early work found that African populations, which had high-fiber, plant-based diets, weren’t getting Western diseases.

Fiber is food for gut bacteria, and when they eat it, they produce short-chain fatty acids, which get absorbed into the bloodstream. There, those fatty acids help regulate the immune system while quieting inflammation, Sonnenburg says. “Our diets are really a major piece of the puzzle in trying to understand why Western diseases are rising like crazy.”

A recent study published in the BMJ analyzed the gut bacteria of 49 overweight and obese adults, then had them follow a calorie-restricted, fiber-rich diet. Those with higher initial levels of a particular gut-microbe species responded better to the diet; they lost more visceral fat, saw more improvement in heart-disease risk factors and even got a better waist-to-hip ratio.

People who want to add more fiber to their diet could take a cue from Dr. Martin Blaser, a New York University School of Medicine professor and the chair of the new Presidential Advisory Council on Combating Antibiotic-Resistant Bacteria. The microbiome researcher has had the same breakfast nearly every morning since the 1970s: yogurt with fiber-packed wheat germ.

5 Stay away from zero-calorie foods and drinks

If you’re trying to lose weight, cutting calories from sugar may seem like a good idea (and it is). But artificial sweeteners–the supersweet, low- or no-calorie sugar replacements in diet soda and many low-fat, low-calorie snacks–come with problems of their own. Compared with regular old sugar, they can trigger greater activation of reward centers in the brain, which changes the way you experience the “reward” you get from sweet tastes, says Sara Bleich, an associate professor of health policy and management at Johns Hopkins School of Public Health. “Another way of thinking about this is that for diet-beverage drinkers, the brain’s sweet sensors may no longer provide a reliable gauge of energy consumption.” A change in those brain signals might get in the way of appetite control; a 2014 study led by Bleich found that overweight and obese adults who drink diet beverages actually consume more calories from food than their sugar-soda-drinking peers. What’s more, a recent animal study found that zero-calorie artificial sweeteners might alter gut bacteria in a way that predisposes mice to glucose intolerance–a precursor of diabetes. Sugar swapping isn’t always a sweet deal.

6 Some foods may wire you for weight gain

The formula for weight control has been the same for decades: Keep the number of calories you eat under control and burn off any extra with exercise. But the trouble with that math is it assumes that no matter what someone eats, as long as they hit a certain calorie count, they won’t gain weight. Now, experts are learning that calories from, say, crackers are nothing like the ones from blueberries–at least not in terms of what your body does with them.

There’s new evidence that refined carbohydrates (like those in crackers) quickly raise insulin levels. Insulin serves as a hormone alarm to prepare the body to hoard calories in case of famine. This crisis-like mode shuttles calories into storage in fat cells. The result is a body that doesn’t have enough fuel, minute to minute. Guess what happens next? Hunger. And more eating. “Cutting calories doesn’t address the underlying problem when too many calories are directed into fat cells,” says Dr. David Ludwig, professor of pediatrics at Boston Children’s Hospital and Harvard Medical School and author of the forthcoming Always Hungry? “The problem isn’t so much the question of the amount of calories but their distribution”–meaning whether they’re squirreled away into fat or made available for cells to use immediately. “If they’re not in the right place, simply cutting back makes that situation worse.”

Ludwig believes that fat cells can be “retrained” when people eat the right foods. Olive and nut oils, as well as certain saturated fats found in whole milk and dark chocolate, tend not to cause those spikes in insulin that lead to so many problems. Indeed, the right foods can wire you to burn more calories too. In a 2012 study from Ludwig, the same people ate three different diets for a month each. Just by eating lighter oils and fewer carbohydrates–a Mediterranean-style diet, basically–they burned the same number of calories they would have had they exercised at a moderately vigorous level. Their bodies had become more efficient at burning off calories. “Changing the quality of what you eat means instead of fighting with your body to lose weight, you’re working with it,” says Ludwig. “It is an entirely new ball game.”

Most Popular on TIME
1
With No End in Sight to the Coronavirus, Some Teachers Are Retiring Rather Than Going Back to School
2
Trump Rally 'Likely' Caused COVID-19 Surge
3
Heartburn Drugs Linked to Increased COVID-19 Risk 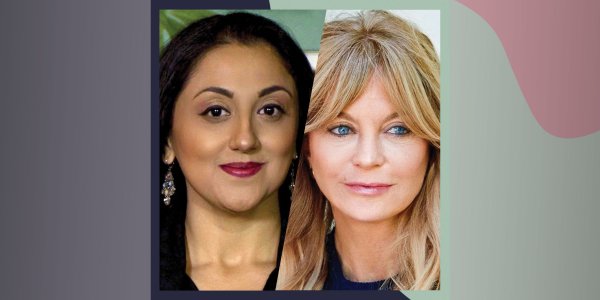