The Science Behind Stephen Curry's Dominance

By Sean Gregory and Arpita Aneja

Maybe you throw your popcorn when he attempts a running three-pointer with a defender draped all over him — and makes it anyway. Maybe you get to the arena 90 minutes before game time to snap cellphone clips of his warmup. Swish. Swish. Swish. Maybe you’re so excited when he hits another impossible shot, you practically wrestle your friends to the ground.

Call any and all exultant reactions to the play of Golden State Warriors guard Stephen Curry the “Steph Effect.” Dennis Scott, the NBA TV analyst and a former three-point marksmen in his own right, has seen it up close. “We haven’t seen someone able to make all shots they attempt,” Scott tells TIME in the video clip above. “It used to be the Jordan effect. Now it’s the Steph Effect.”

Curry is the NBA’s leading scorer this season (he’s averaging 31.8 points per game) and defending league MVP. He also led the Warriors to a 24-0 start, the best in NBA history. In this TIME video feature, we explore the physics of Curry’s long-range shooting and the secrets of three-point success.

Curry is the subject of a feature story in the December 28, 2015/January 4 issue of TIME — subscribers can read it here.

Write to Sean Gregory at sean.gregory@time.com and Arpita Aneja at arpita.aneja@time.com. 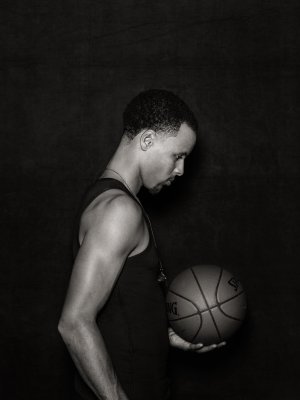 Stephen Curry and the Greatest Show on Earth
Next Up: Editor's Pick