Dating from 1937, FBI officials began a systematic monitoring of gays and lesbians in the United States. First regarded a threat to children and family during the Great Depression — a time when American culture dramatically changed to reevaluate perceptions of gender roles — then a threat to domestic security in World War II, then a threat to national security throughout the Cold War, FBI agents compiled hundreds of thousands of pages of information about gay Americans. FBI officials then disseminated this information widely across government, and beyond, to ensure gays were fired from their jobs or to silence their activism. When compiling this mass of information, FBI agents relied extensively on willing informants from all segments of society, including even gay citizens themselves.

The FBI’s systematic surveillance of gays began in 1937 after the kidnapping and brutal murder of 10-year-old Charles Mattson. The case was followed intently by Americans from coast to coast, and given the Great-Depression-era inspired view of gays as targeting children, FBI agents focused on “sex offenders” (but mainly gays) as their prime suspects. Attempting to locate the perpetrator, FBI agents consulted informants. One informant, a medical authority, suggested the kidnapper was “a sexual pervert” and that agents should monitor asylums (gays routinely were remanded to institutions), while a police source suggested fingerprinting all hobos — a group commonly believed to contain many gays. Other informants offered multiple names of individuals with criminal backgrounds, yet none of them panned out. FBI agents never solved the case, yet nevertheless continued a systematic collection of data about gays, which the FBI then used to educate Americans about the “threat” they posed to society.

During World War II, as FBI agents began to focus on individuals perceived as security threats given their sexuality, or perceived sexuality, FBI agents continued to rely on informants. But the FBI’s use of informants skyrocketed with the Cold War when it became commonplace to regard gays as security risks whose activities not only threatened American society but opened them to attempted blackmailed by Soviet agents.

Such was the case in the 1950s when the FBI investigated the first significant gay rights group, the Mattachine Society in Los Angeles. The FBI relied on various informants, including a straight woman who attended a Mattachine meeting and reported on military personnel there. It even included a prominent Mattachine member, David Finn, who cooperated with the FBI in an effort to demonstrate that the group was free of communists and subversives. Finn shared membership lists, a copy of the group’s constitution, and its planned activities. Yet this cooperation in no way protected Mattachine from the FBI because bureau officials took the informant-offered information and gave it to the Justice Department for potential prosecution under Eisenhower’s loyalty-security program.

Yet another FBI informant, a gay man named Frederick C. Price, revealed to FBI agents that Mattachine co-founders and communist party members Chuck Rowland and Bob Hull were homosexuals and lived together. A separate informant, probably Rowland and Hull’s landlord, revealed to FBI agents their connection to Mattachine, having observed gay literature in their apartment. Ironically, Harry Hay, the primary founder of Mattachine, escaped scrutiny as a gay rights activist even as he was closely monitored by the FBI due to his extensive communist party activities. (Hay kept his communist and gay worlds strictly separate.)

Still another informant was the brother-in-law of Dale Jennings, a Mattachine co-founder and member of the gay group ONE, which published an advocacy magazine of the same name. Jennings’s sister and brother-in-law operated a small, home-based printing company and published ONE magazine. FBI agents approached Jennings’s brother-in-law (we don’t know his name) and secured from him not only copies of the magazine (which the FBI examined hoping to develop an obscenity case), but data about its publication. Agents also got him to confirm the identity of a member long of interest to the FBI, W. Dorr Legg. In this case, Jennings’s brother-in-law probably did not cooperate out of animus, but in a naive effort to assure FBI agents that the magazine was legitimate. ONE’s editor, Irma “Corky” Wolf, also cooperated with FBI agents, even outing members of ONE, who typically employed pseudonyms. She also confirmed that Chuck Rowland had worked for ONE and that it was he who wrote an article suggesting J. Edgar Hoover was gay. She likely did this thinking she was protecting her group from the feds. This was obviously mistaken.

When FBI agents monitored Frank Kameny’s Mattachine Society of Washington, DC, (MSW) during the 1960s, they also relied on informants. One, a man named William Scarberry, claimed in 1962 to be a disenchanted MSW member and volunteered cooperation with the FBI. He tried (but failed) to secure an MSW membership list for the FBI, and probably attended at least one MSW-sponsored lecture and reported on it. By 1965, although the details are not clear, MSW had become annoyed with Scarberry for apparently misrepresenting himself as an MSW member and demanded he stop. (Whether Scarberry had quit MSW, had a bad relationship with it, or was never really a member remains unclear.)

When FBI agents monitored the Gay Liberation Front (GLF) in the 1970s, it almost exclusively relied upon informants, but in this case what the bureau called “subversive informants.” This type of informant was employed to gather information about radical groups, particularly in the 1960s, that FBI officials believed were trying to overthrow the government. FBI officials commonly perceived the GLF through a New Left lens, essentially regarding it as a gay offshoot of leftist radicalism. GLF provided information about members, the group’s plans, its literature, and protest activity nationwide.

The preceding merely constitutes a sampling of the FBI’s extensive use of informants to collect and compile information about gay Americans. The FBI had a seemingly inexhaustible supply of willing informants, most of whom remain unidentified due to redactions in FBI files. Nevertheless these informants came in every stripe and color, straight and gay alike, even including a university psychologist, who offered FBI agents information about a closeted gay activist. A therapist, Dr. Alfred Gross, known for working with men arrested on “morals charges” in the 1950s, offered information about a small early gay rights group and a major gay activist (Donald Webster Cory, the pseudonym of Edward Sagarin). When it came to monitoring gays for decades, and working to undermine their activities and purge them from employment, the FBI had no shortage of willing sources.

Douglas M. Charles is an associate professor of history at Penn State University, Greater Allegheny, and the author of Hoover’s War on Gays: Exposing the FBI’s “Sex Deviates” Program (2015). 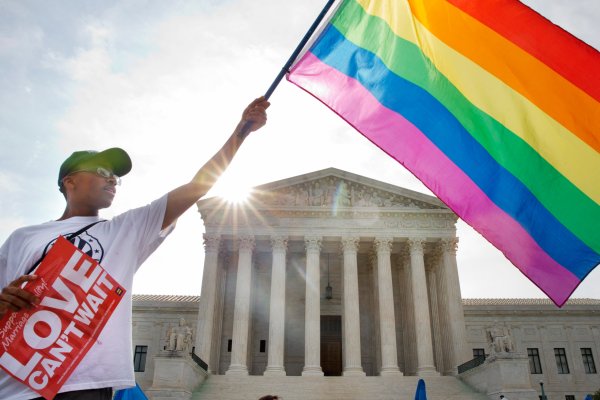