Prune, a $3.99 game for mobile devices and PC about removing leafless branches to persuade a tree to grow, is TIME’s game of the year. Not The Witcher 3: Wild Hunt or Metal Gear Solid V: The Phantom Pain or Rise of the Tomb Raider, though those were all superb games that easily made my top 10.

In that list, I wrote of designer Joel McDonald’s mobile opus: “As its name suggests, Prune is a game about removing things to nurture other things, where you swipe your finger to sever restrictive limbs and free others to grow. But it’s also about basking in a minimalist garden of forking paths as you work out the spatial logistics of coaxing a tree to blossom. It’s both an arboricultural exercise and a meditation–on light, darkness, color, sound and perhaps most of all, the things we’re forced to leave behind.”

Let me say that again: a meditation. Not just because–as McDonald told me–its minimalist design draws from East Asian ink-wash paintings, or that its musical ideas resonate like the sound a Tibetan singing bowl might make washed in wind-textured reverb. It’s the gentle, inquisitive rigor the game elicits from fingers conditioned to slash or stab percussively, the unhurried way it encourages investigation and experimentation.

The obvious metaphor is the bonsai tree, but probe a bit deeper and you’ll find you’re playing a game shrewdly engaged with Eastern notions of aesthetic beauty inflected by imperfection and asymmetry. Connecting with Prune (and solving its puzzles) involves grasping its expression (as well as clever masking) of spatial yin and yang. Its networks of branches intentionally mislead, and the obvious cuts are rarely the smartest ones.

“Where’s Fallout 4? What about Halo 5: Guardians? Didn’t you play Call of Duty: Black Ops 3?” I did, and I hear you, and it should go without saying that these are personal reflections, not conclusions arrived at with calculators or math. Prune is my game of the year because I think it does what it sets out to better than any of those other games–interface to aesthetics to eerily existential subtext. It’s not an epic fantasy with groundbreaking character-building, or an adventure game with sublime exploration sequences, or an open world with game concepts as restless as its indigenous life forms. But sometimes the things that move us come in deceptively austere trappings, like that rarest of short stories, paintings or musical vignettes. 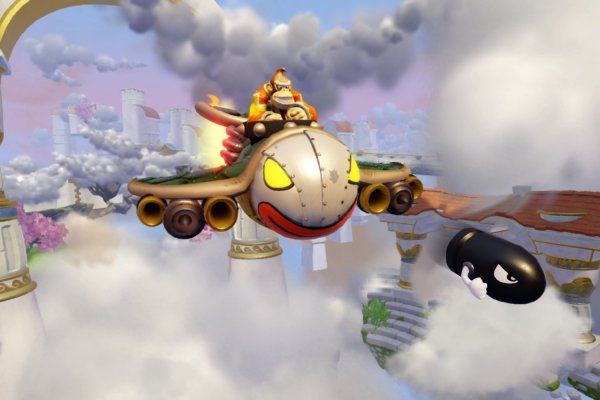 Skylanders SuperChargers Versus Disney Infinity Versus Nintendo Amiibo Versus LEGO Dimensions
Next Up: Editor's Pick