African Lions to Be Protected as Endangered Species

Lions in certain parts of Africa will soon be protected under the U.S. Endangered Species Act, the U.S. Fish and Wildlife Service (FWS) announced Monday. The agency will also add new restrictions on hunters bringing back lion heads to the U.S. as trophies.

The move comes just months after a story about an American dentist killing a lion known as Cecil in Zimbabwe drew condemnation from around the world. Officials in Zimbabwe ruled that killing was illegal because of how it was carried out, but the practice is still legal for those willing to pay.

FWS officials billed the new rules as an attempt to craft a policy in line with scientific evidence showing the decline of African lion populations, not as a response to the death of Cecil or any other specific incident. A study published in October projects that lion populations will decline by 50% throughout much of Africa.

“If hunting is part of a conservation strategy, then it’s part of a failing strategy,” said Dan Ashe, director of the U.S. Fish and Wildlife Service, on a conference call for journalists. The rule is “not reacting to Cecil specifically or any other incident specific, but rather an overwhelming body of science that says that lions are threatened.”

Hefty fees paid in the by hunters of big game like lions ostensibly help fund conservation efforts. But some wildlife experts question whether the policies have been effective as implemented. Lion populations have declined by 43% during the last 20 years, according to the FWS.

The endangered listing comes along with a number of new policies, including new permit requirements for hunters hoping to import trophies from lion hunts. The agency said it will only issue permits in accordance with science on how best to conserve lion species. The rules also give the FWS authority to deny permits to anyone previously found guilty of violating wildlife laws.

The decision drew immediate praise from animal rights activists who have been working for more than four years to list African lions as endangered. Wayne Pacelle, CEO of the U.S. Humane Society, described the new rule as “one of the most consequential” from the FWS in years. “This listing decision…is likely to dramatically change the equation for American trophy hunters who have been killing lions by the hundreds each year for their parts,” he said in a statement. 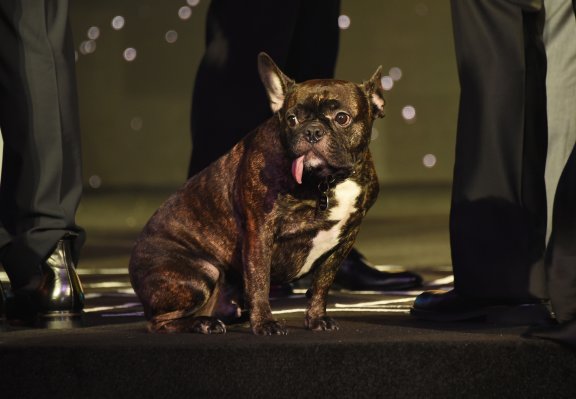 The Most Important Creature in the Star Wars Universe Is Carrie Fisher's French Bulldog
Next Up: Editor's Pick