How Eggnog (Almost) Changed the World

A glass of eggnog
Herb Swanson—Getty Images
By Emelyn Rude

Of all the holiday traditions that might conceivably have changed American history, eggnog would be an unlikely choice—and yet it was the creamy Christmas concoction that set off a chain of events that could have altered the course of the Civil War.

Although originally a drink of the English upper classes, eggnog had achieved a renaissance of sorts when it reached the Thirteen Colonies many centuries before. Ample land for dairy cows and chickens made milk, cream and eggs more readily accessible to people of all means while the “Triangle Trade” brought in massive quantities of cheap sugar and rum (and, of course, human slaves). Those ingredients form the backbone of the recipe for eggnog—though if you’re President George Washington, your nog would be a bit heavier on the booze; his recipe famously requires a strong dosage of rye whiskey, Jamaica rum and sherry.

So it should be no surprise that, since the establishment of West Point in 1802, eggnog had played a role in the school’s annual tradition of Christmas celebration. Though such festivities were technically against school rules, early superintendents of the then-ramshackle and struggling academy most often turned a blind eye to them, allowing the cadets to let loose and enjoy generous quantities of holiday eggnog in the process.

Then came Colonel Sylvanus Thayer, the strict superintendent later known as the “Father of West Point.” He clearly did not share in Washington’s proclivities. In fact, in 1826, after the school’s Commandant was unbecomingly lifted into the air by intoxicated student at the Fourth of July party, Thayer banned alcohol on campus altogether. Such a move was part of much greater changes the Colonel was instating campus-wide, ranging from new rules that prevented students from cooking in their dorms to reforms that established West Point as one of the first meritocracies in American higher education.

Unfortunately for Thayer, there was still plenty of opportunity for students to drink at the two taverns located just outside of school grounds, where shoes or blankets were accepted in exchange for liquor. Such locales were the favorite haunts of many a cadet, including poet Edgar Allen Poe—who would eventually be expelled from the school for spending far too much time wallowing at these taverns—and Jefferson Davis, class of 1828.

In his youth, before his rise to President of the Confederacy, Davis had a reputation as something of a party animal. At West Point he held the distinction of being among the first students to be court-martialed for frequenting the taverns and was a notoriously heavy drinker; one time he fell down a 60-foot ravine. (He survived.)

When Christmas of 1826 rolled around, Davis and his friends decided to keep their booze-soaked tradition alive, the judgment of Sylvanus be damned. As documented with the utmost attention to detail by James Agnew in his 1979 work The Eggnog Riot: The Christmas Mutiny at West Point, the festivities for a small group of students began around 10 p.m. on Christmas Eve with a few batches of drink they had smuggled into campus. Merriment ensued, to say the least. Around 4 a.m. on Christmas morning, Captain Ethan Allen Hitchcock was woken up by the sounds of the rowdy boys a few floors above him and set out to investigate.

The next two hours would be amongst the most chaotic in West Point history. Angry at “Hitch” for disrupting their celebrations, the cadets grabbed swords and pistols and roamed the grounds in search of the Captain, assaulting two officers, demolishing furniture, breaking windows, firing at least one of their guns and stealing themselves a set of fife and drums in the process. At least seventy of the 260 students on campus were involved in the affair, 23 of whom would be arrested and 19 ultimately expelled.

Although undoubtedly involved in the beginnings of the booze-soaked revelry, Jefferson Davis made it through the affair unscathed—no thanks to his own wits. Before the rioting began, Davis famously screamed, “Hide the Grog boys – Old Hitch is coming!” after the Captain had already arrived on the scene. Davis was sent back to his room to pass out, thus avoiding the mayhem that followed. Likewise untouched was Davis’ future general, Robert E. Lee, also a student at West Point at the time. As Lee once famously proclaimed, “I like whiskey. I always did and that his why I never drink it.” That teetotalism apparently extended to eggnog.

Davis and Lee avoided expulsion, going on to serve in the U.S. military prior to the Civil War, a fate that put both men in position to lead the Confederacy decades later. Had they left West Point in 1826, there’s no telling what could have happened.

The actual Eggnog Riot of 1826 was hardly poetic, and neither was the political context of the conflict that followed in the 1860s—but it is easier to remember history when it’s set to rhyme. So, in the spirit of the season, with apologies to Clement Clarke Moore:

‘Twas the night before Christmas and all through the dorms,

the cadets of West Point imbibed a beverage that warms.

The lookouts were perched by their doors with great care,

With hopes that their officers might not soon wander there.

Jefferson Davis and friends should have been in their beds,

But far too much eggnog still danced in their heads.

Alcohol had been banned on campus for a reason,

But nothing would stop the students’ revelry this season.

Then all through the barracks there arose such a clatter,

Captain Hitch sprang from bed to see what was the matter.

“The students!” he shouted, “the students are drunk!”

And marched right upstairs to discipline the punks.

But the Captain’s efforts would have nothing to show,

And the night would be one of destruction and woe.

Angry at Hitch for disrupting their fun,

The students took to campus, armed with their guns.

Broken windows and furniture, a stolen fife and drums,

The mutiny would last till the rise of the sun,

Such anarchy and chaos the academy had never known.

Nineteen students in all were expelled so it seems. 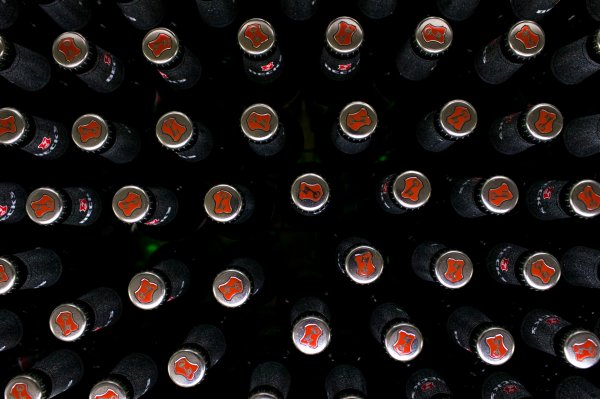