The Miss Universe pageant received more than its usual share of drama at the finals in Las Vegas on Sunday, primarily thanks to host Steve Harvey — who wrongly announced Miss Colombia as the winner before apologizing and having the crown transferred to the actual winner, Miss Philippines Pia Alonzo Wurtzbach.

As if committing such a monumental gaffe in front of millions of viewers wasn’t bad enough for Harvey, social media was waiting to pounce.

The comedian and Family Feud host also took to Twitter to apologize.

But like the mistake that put him in that situation, he had to quickly backtrack from an earlier error.

Giving the Internet yet another opportunity to be its usual unforgiving self.

Among the detractors, however, were many who appreciated his immediate honesty and heartfelt apology. 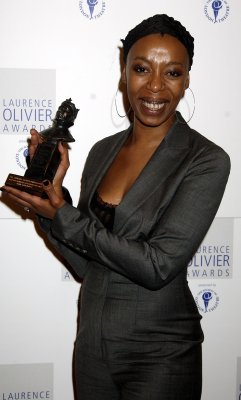 Noma Dumezweni to Co-Star in Harry Potter Play
Next Up: Editor's Pick