Indonesian police have arrested nine terrorist suspects across five cities on the island of Java after receiving leads from the Australian Federal Police and the U.S. FBI, according to the Sydney Morning Herald.

The suspects reportedly were linked to at least two terrorist networks, one of which was affiliated with ISIS, the Herald quoted police spokesman Anton Charliyan as saying.

Among those detained were a teacher from a boarding school and a student named Zaenal, who was allegedly being trained to carry out a suicide bombing in Indonesia’s capital, Jakarta, on New Year’s Day, the Australian Associated Press said.

Authorities say attacks on Shi‘ite communities on the islands of Java and Sumatra were also planned.

“Evidence found in his house [included] books on jihad, electronic components, fertilizer, nails, ball bearings and a map of Jakarta and Greater Jakarta,” Sukoharjo police chief Andi Rivai said, according to the Herald. “These people usually add nails, ball bearings, etc., to explosive materials to cause greater damage to people and the surroundings.” 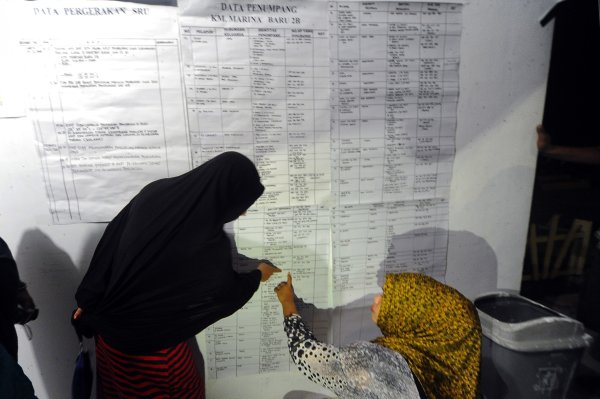 76 Still Missing in Indonesia Ferry Disaster
Next Up: Editor's Pick