The first question of Saturday night’s Democratic debate went straight to the recent controversy in the party, allowing Vermont Sen. Bernie Sanders to respond to the breach by his staff that allowed him to access Hillary Clinton’s voter data.

Sanders first offered background on the breach, saying that two months ago his staff also found information on their computers from the Clinton campaign. Sanders said that at the time “Our staffers said, ‘Woah what’s going on here?’ They went to the DNC quietly.” That, he added, was “exactly the right thing.”

Sanders pivoted to the Democratic National Committee, criticizing the group for its handling of the issue, calling it an “egregious act” when the DNC “arbitrarily, without discussing it with us… shut off our access to our own information, crippling our campaign.” Sanders has filed a federal lawsuit against the DNC. The party has since allowed Sanders access to the data again.

After Sanders called on former Secretary of State Clinton to agree to a joint independent investigation into the matter, he said he was sorry. “I apologize. Not only do I apologize to Secretary Clinton… I want to apologize to my supporters. This is not the type of campaign that we run, and if I find anybody else involved in this, they will also be fired.”

Clinton accepted his apology and said she hopes now they can “move on.” “I don’t think the American people are all that interested in this,” she said, to loud cheers from the New Hampshire crowd. 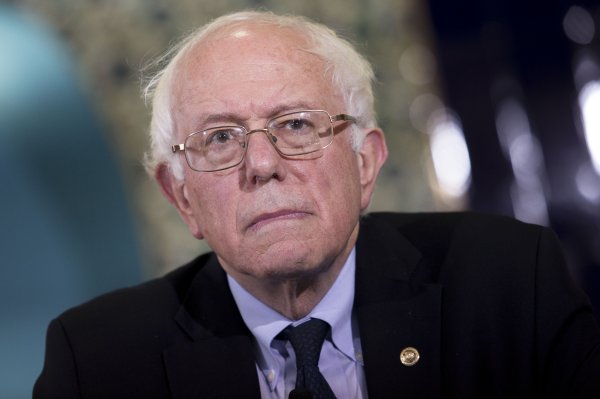 Bernie Sanders Declares War on DNC
Next Up: Editor's Pick