With weeks before the Iowa caucuses, Bernie Sanders’ presidential campaign has effectively descended into a civil war with the Democratic Party and the Hillary Clinton campaign, as the party splits amidst angry accusations of unfair treatment and theft of voter data.

The long-simmering conflict between the Sanders-supporting liberal wing of the party and the Establishment exploded on Friday, when Sanders filed a federal lawsuit against the national party in an attempt to regain access to the campaign’s all-important voter data.

Filed in federal court on Friday evening, Sanders suit’ grew out of a nasty spat between the Sanders campaign, the Democratic National Committee and the Clinton campaign, which this week accused the Vermont senator’s staffers of stealing crucial voter data. In response, the Democratic Party cut Sanders’ campaign off from accessing its voter data, the lifeblood of his presidential campaign, less than 45 days before the first primary contest.

Though the DNC announced shortly before midnight it would restore the Sanders campaign access to the voter file, the fragile comity between the Sanders wing and the party establishment has been seriously ruptured.

“The leadership of the DNC is now actively attempting to undermine our campaign,” Sanders’ campaign manager, Jeff Weaver said at press conference on Friday afternoon in Washington. “They are not going to sabotage our campaign—one of the strongest grassroots campaigns in modern history.”

This fight has boiled up amid old tensions between Sanders’ campaign and the Establishment, which has been perceived to favor the Clinton campaign in setting its presidential debate schedule. Debbie Wasserman Shultz, the chair of the DNC, was a staunch ally of Clinton in the 2008 campaign and has struggled to hold control over the party in the face of open criticism from two of the top presidential campaigns, as well as some of her own officers.

Wasserman Schultz’s latest decision to cut the Sanders campaign off aroused furor from the Democratic left and Sanders supporters. Democracy for America, a million-member grassroots organization supporting Sanders, as well as the Working Families Party, have rallied to Sanders’ side. The outrage has effectively split the party.

The DNC and the Clinton campaign say that the Sanders’ campaign has only itself to blame.

According to data reviewed by TIME, it appears that one top lieutenant on the Sanders campaign and three others intentionally sought to obtain information from the Clinton voter file. The Sanders’ campaigns actions also appear to have violated a contract with the DNC about respecting data.

“This was a very egregious breach and our data was stolen,” said Clinton campaign manager Robby Mook in a conference call with reporters Friday evening. “This is data that took millions of dollars and hundreds of thousands of volunteer hours to build.”

“Anyone who accessed it really had access to fundamental keys of our campaign,” Mook said. “For that reason this is totally unacceptable and may have been violation of the law.”

However, sources familiar with the breach disputed that the Clinton campaign suffered real damage.

The DNC keeps extensive voter information with voter names and addresses in a large file managed by a software vendor NGP VAN. All the Democratic primary candidates have access to the data, and then over the course of the campaign, they add crucial information that only they can see—like students scribbling notes in the margins of their own textbooks. The data includes voting records, volunteering records and information about the likelihood a particular voter will vote for Clinton, Sanders, or another candidate.

Compiled at great expense to each campaign, the data allows Sanders and Clinton to effectively target specific voters in the primary states and turn them out to vote.

According to data reviewed by TIME, the Sanders campaign appears to have improperly obtained and saved crucial Clinton campaign data stored in the NGP VAN across 10 states. The logs show the Sanders staffers took deliberate steps to harvest and store the information creating from scratch no fewer than 24 lists—consisting entirely of data pulled down from the Clinton campaign’s database—and saved them to their personal folders.

Under fire, the Sanders campaign has fired its former data director Josh Uretsky, the top staffer responsible for the data breach. It is considering firing additional staffers, officials said Friday.

And while top Clinton aides have suggested Sanders’ staffers dealt a major blow to its campaign, it is unclear that is the case. The Sanders staff was unable to obtain personally identifiable information about specific voters the Clinton campaign had recorded.

Instead, Sanders staff was able to access some broader analytics that showed some Clinton statistics of numbers of voters in certain categories, including age, voter history and others in certain states.

The DNC’s retribution against Sanders has been swift and painful. The party said it would suspend Sanders’ access to its own information stored in the database until the campaign cooperates with an audit. The Sanders campaign agreed late on Friday night to do submit to the outside audit.

The Sanders campaign said in its lawsuit that it would suffer damages of approximately $600,000 a day since it can’t access its voter files to raise money from supporters. The campaign said that the more serious damage from not being able to continue normal campaign operations and communicate with supporters was immeasurable.

Indeed, the campaign was at a major disadvantage due to the DNC’s actions, and Wasserman Schultz came under criticism, even from some Clinton backers.

“The impact of shutting access to the data in a modern campaign is close to shutting an entire campaign down,” said Simon Rosenberg, a Clinton supporter and president of the New Democratic Network. “There is no question there’s been enormous damage done to the Sanders campaign, and I wish there had been a more deliberative and careful process before such extreme action was taken.”

In less than a day, more than 50,000 DFA members signed a petition opposing the DNC’s restrictions on Sanders’ data. Robert Reich, the labor secretary under former President Bill Clinton, signed on and encouraged others to participate.

“It seems like the DNC is doing all it can to blunt the momentum of Bernie’s campaign—just 24 hours after it received major endorsements from DFA and the Communication Workers of America,” Reich said in an open letter.

Party insiders said they were worried about the effect the brouhaha would have on the primary and the party’s image. Indeed, the Republicans took notice and were quick to criticize the Democrats.

“Every candidate has equal access to our superior data file at the RNC because we believe primaries should be a process free from party interference and that puts voters and campaigns first,” said Sean Spicer, chief strategist at the Republican National Committee. “That’s why it is so troubling to see the DNC engage in such heavy-handed favoritism benefitting Hillary Clinton.”

And despite the Sanders campaign’s restored access to its voter data, a rift in the party remained. The Sanders campaign faces an independent audit into its handling of the data, and Clinton aides said they expected a further punitive response by the DNC.

“We believe this audit should proceed immediately, and, pending its findings, we expect further disciplinary action to be taken as appropriate,” said the Clinton campaign press secretary Brian Fallon.

Read Next: The Gospel of Bernie 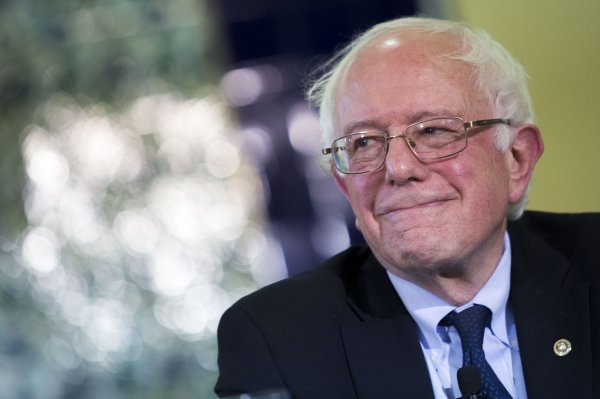