Report: The Beatles to Start Streaming on Christmas Eve

The most beloved rock band in history and one of the most persistent holdouts in the digital age of music listening — The Beatles — is set to finally arrive on streaming services, according to Billboard sources with knowledge of the negotiations.

While Billboard has received conflicting reports on the timing of the Fab Four’s arrival to streaming platforms, there’s a strong indication that fans will be able to hear “Hey Jude” next Thursday, Christmas Eve. (Keep an eye out for whether Liverpool’s most famous sons unseat Justin Bieber’s streaming record.)

Chatter around a six-month “exclusive” for an known streaming service reportedly began to trickle out of Apple Records in 2014, according to one source, but fizzled out. This past January, former Universal Music Group digital executive Rob Wells restarted discussions for the massive get, with papers reportedly having been signed in mid-September. It’s unknown which specific services have secured the deal, though sources strongly suggest that they most, if not all, will have access to the band’s catalog of studio albums next week. (The Beatles are already available on Pandora because of how “non-demand” web radio is licensed.)

When asked, a Spotify representative said the company “would not comment on that.” Rhapsody also refused to comment. Deezer, Tidal and Apple did not immediately return a request for comment.

The Beatles as an entity has been notoriously slow in adopting and adapting to new technology — it took them six years to arrive on the iTunes Store — selling two million songs during their first week. The group took 25 years, since its breakup in 1970, to issue the comprehensive Anthology documentary. It didn’t get involved with video games until The Beatles: Rock Band was released in 2009. The band released their music on CD in 1987, but didn’t remaster their work until 22 years later. The group joins the streaming revolution just as it has begun to officially overtake downloads in revenue generation for major labels. They’ve sold 178 million records in the U.S., according to the RIAA.

It’s not as though the group needs the exposure — since the arrival of Beatlemania the band has been a constant in the lives of people around the world through members’ solo work — Paul McCartney appeared on two Kanye West songs this year, “FourFiveSeconds” and “Only You” — reissues like the 2009 The Beatles in Mono box set, tributes from seemingly every musical artist in history (Kurt Cobain, perhaps most infamously), much of it fueled by a perpetual cycle of rediscovery of the group’s work by younger listeners.

This article originally appeared on Billboard.com 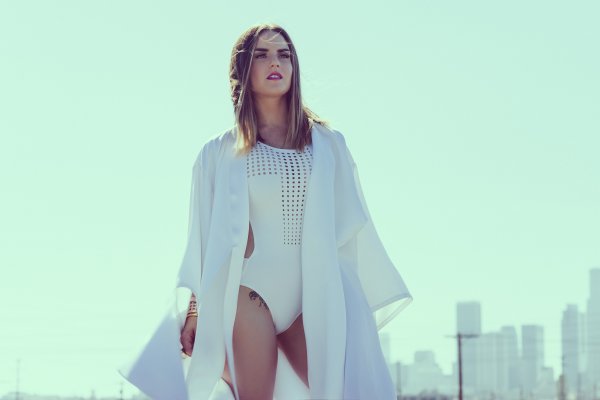 JoJo's New EP Is the Christmas Gift You Didn't Know You Needed
Next Up: Editor's Pick