When JoJo was finally freed from her former record label after a lengthy legal battle, she celebrated by releasing an EP called #LoveJo, a Valentine’s Day gift for the fans who stood by her for the better part of a decade. Many months—and one “tringle”—later, the singer is still in a giving spirit.

JoJo just unveiled on SoundCloud another EP called #LoveJo2, a stopgap release as she prepares her first official studio album since 2006. While the first EP featured covers of artists from the roster of Atlantic Records, her new label home, this sequel switches it up by stitching together original material with older songs (such as Mary J. Blige’s “Real Love”) alongside a woozy remix of her single “When Love Hurts.” Listen above.

Read next: The Return of JoJo: I’ll Be Paying Back My Lawyers ‘For Years’ 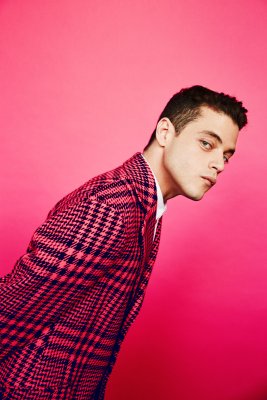 Rami Malek: 'I Hope It's Not Just This Year That Diversity is a Touchstone'
Next Up: Editor's Pick