Beijing has issued its most severe air pollution warning for only the second time ever as unhealthy levels of smog in the city are expected to persist through Tuesday.

The red alert warning, reported by state-owned CCTV News, comes just weeks after the first ever red alert since the country instituted the warning system in two years ago. The alert requires that some cars be kept off the road and orders a pause in work at some factories. School may also be cancelled at the discretion of local authorities.

Recent research has shown that pollution in China kills more than 1.5 million people each year (4,400 each day), amounting to 17% of the nation’s annual deaths. The red alert system is one of many changes instituted by the Chinese government to curb the number of deaths. The country has also committed to boosting production of energy from renewable sources that don’t pollute as much as the coal fired plants that dominate the country’s current energy landscape. 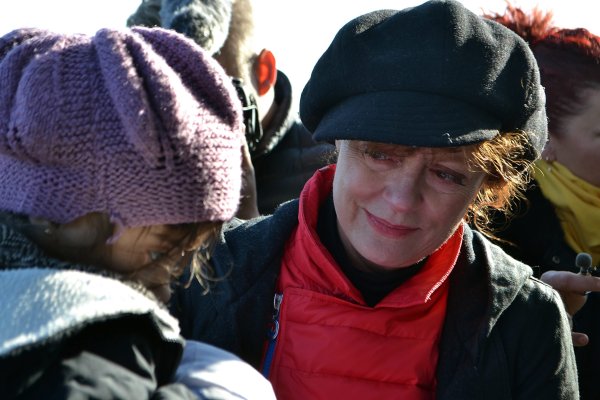 Susan Sarandon Is Welcoming Refugees in Greece
Next Up: Editor's Pick