Members of a hunting party outside the Becket country hall, Shrivenham, Berkshire during the Old Berkshire Hunt on Jan. 15, 1930
Fox Photos / Getty Images
By Lily Rothman

As the sixth and final season of Downton Abbey kicks off, the fact that Lady Mary and Lord Grantham go fox hunting in the premiere would seem to be one of the least important elements of the plot. But, considering the true history of fox hunting, the Crawley family’s participation is significant.

The new season starts off in 1925. Just two years earlier, the Prince of Wales—the future King Edward VIII—gave an address at the National Light Horse Breeding Society in London that neatly summed up why the real history of hunting matters to the fictional residents of Downton. “I would say that the popularity of fox hunting, far from being reduced, has been increased,” he said. “I think that anybody who has hunted since the war must have been greatly struck and delighted to find the number of fellows who managed to hunt. It has often been a struggle for them to do so, which shows how keen they are.”

The subtext of the speech, as TIME explained in its coverage, was that many of the English aristocrats who would have populated the ranks of the fox hunt in the period prior to World War I could no longer afford to put up a proper hunt, or even to participate in one organized by someone else. The economic decline of the manor class has been one of the major themes of Downton Abbey for years, and it’s already apparent that will continue this season.

By the end of the 1920s, however, it was clear that financial considerations would not be the only reason that fox-hunting would decline in popularity. Already questions had been raised as to whether it was appropriate or ethical to hunt for sport in a way that often ended in a drawn-out death for the quarry. (It was seen as more appropriate for the fox to be killed by the dogs than by a gun.) “To find one’s pleasure in a sport which consists of torturing and killing a defenseless animal,” said the Archdeacon of Westminster in 1927, “bespeaks at best a thoughtless person whose outlook on life is immeasurably lower than that of the wolf or the tiger.”

The traditional form of fox hunting has now been banned in England for a decade. 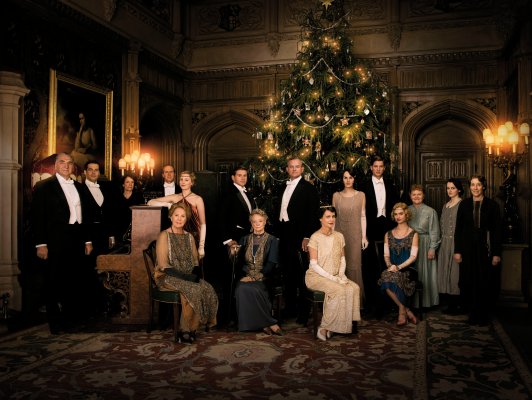 7 Historic Moments <i>Downton Abbey</i> Could Tackle Next Season
Next Up: Editor's Pick