Creatures Like Martin Shkreli Only Thrive in a Swamp

It may be O.K. to raise the price of a generic drug by 5,000%. It is another thing altogether to do it while allegedly running a Ponzi scheme and perpetrating securities fraud.

That’s what Martin Shkreli learned on Thursday when the FBI and U.S. Federal Marshals arrested him at his Manhattan apartment. If convicted, Shkreli, whom the BBC has called “the most hated man in America,” faces years behind bars and millions in fines.

Shkreli’s actions are reprehensible. His constant smirk and his seeming indifference to the adverse consequences of his behavior are troubling. He appears regretless — even gleeful that he was able to gain so much at so many others’ expense.

As troubling as Shkreli’s own actions are, his arrest has uncovered something much larger and more worrisome: creatures like Shkreli only thrive in a swamp.

The swamp from which Shkreli was so violently pulled can be found at the intersection of Wall Street and Drug Avenue. It is a pool of overconfidence and ego, where money is the single measure of a man’s worth. It is the place where, as Gordon Gecko put it, “Greed is good.” And scrutiny is nonexistent. At least until today.

How did the pharmaceutical-financial ecosystem become a steamy, stinky swamp?

The financiers of Wall Street brought billions in record low-cost funding that fueled oversize mergers and stock buybacks — thanks in large part to the Federal Reserve and eager investors desperate to purchase corporate debt.

The tax experts brought “inversions” — corporate-headquarter relocations to low-tax countries like Ireland — enabling drug companies to save billions on what they pay Uncle Sam.

Silicon Valley brought the sizzle of biochemistry and innovation.

Finally, the federal government offered a vision of unlimited opportunity. Affordable health care would increase the population of drug users to record highs with little pressure on prescription prices.

As we saw in housing and are seeing now in higher education, where money, the consumer and government align so too does excesses. And nothing exceeds like excess.

Mr. Shkreli took full advantage of this. He was very late to the party, able to slip in when the frenzy was in full swing and scrutiny nonexistent. That he is now among the first to fall was predictable. As we saw in the mortgage crisis with subprime mortgage lenders, the last — and most extreme — always fail first. As confidence falls further, and scrutiny intensifies, other swamp things will be exposed to sunlight. Given the excesses, there are likely to be lizards, frogs and snakes aplenty. In fact, Valeant and its activist hedge-fund investor, Bill Ackman, can be seen squirming on dry land already. If history holds, this is a crisis that will have significant negative side effects for Wall Street, the pharmaceutical industry, the health care and health-insurance industries and government.

It seems nothing was really learned from the mortgage crisis. History has quickly repeated. The overconfidence we saw in our heavily financialized housing sector a decade ago merely migrated to health care.

That Wall Street and its associated entourage simply moved rather than curbed their overenthusiastic culture of excess won’t sit well with Main Street. Not only are consumers in no mood, but with health care costs soaring, Americans know they are now paying the price.

That Wall Street and corporate executives gained yet again at Main Street’s expense won’t be tolerated. Americans have had enough. The penalty for violating the public’s trust will be far greater than the civil fines paid following the mortgage crisis. As those appear to have done nothing to change behavior, the new penalties will.

The question that lingers, though, is whether the excesses we are now seeing exposed in the pharmaceutical space are reflective of something far bigger and even more troubling. Since the banking crisis, many other companies in industries outside of the pharmaceutical space have relied heavily on very similar activist-driven, debt-reliant, buy-back heavy, merger-oriented, tax-maximizing, accounting expense-minimizing, not to mention capital and labor cost cutting, strategies to boost earnings.

We’ll see what happens now that the swamp fog is lifting.

Atwater is the president of Financial Insyghts LLC and the author of Moods and Markets. He built and ran JPMorgan’s asset-backed securities business, and served as Treasurer of First USA and Bank One, CEO of Bank One Private Client Services and CFO of Juniper Financial (now BarclayCard USA). He is a frequent writer and speaker on the role of confidence in decisionmaking. 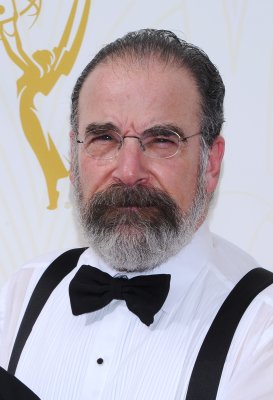 The Real Politics in The Princess Bride
Next Up: Editor's Pick