The Force Awakens Cameo That Everyone Is Talking About

If you haven’t seen The Force Awakens and want to remain entirely spoiler-free, now is the time to stop reading.

The latest Star Wars installment is filled with both new and familiar faces that audiences couldn’t wait to see make an appearance in the galaxy far, far away. But there was one cameo that most people didn’t see coming — and some may not have even realized was happening when it did. Daniel Craig reportedly had a short scene in the film, according to multiple sources close to The Force Awakens.

At one point during the story, Rey, played by Daisy Ridley, attempts a Jedi mind trick on a Stormtrooper. Turns out, this Stormtrooper, who never takes his helmet off, was played by Craig.

So how did this come about? The 47-year-old James Bond actor was shooting Spectre at Pinewood Studios, where J.J. Abrams was filming The Force Awakens at the same time, when the two got to talking about Craig taking on a small role.

However, when rumors first surfaced about the Episode VII cameo back in May, Craig vehemently denied them. “Why would I ever bother doing something like that?” he told Entertainment Weekly. “F—ing hell! Pffft. Play an extra in another movie.”

We suppose this was his own attempt at a Jedi mind trick. 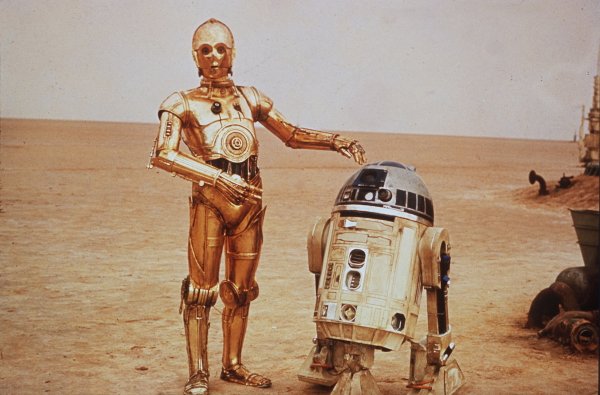 These 'Star Wars' Plot Devices Are Centuries Old
Next Up: Editor's Pick