This Was Mother Teresa’s First Miracle

It was announced Friday that Mother Teresa will become a saint, after Pope Francis recognized a second miracle she had performed, the requirement for sainthood.

But Mother Teresa’s first miracle has officially been recognized for more than a decade. In 1998, one year after her death, her intercession reportedly cured an Indian woman of a stomach tumor.

TIME reported the story of Monica Besra and her tumor in 2001. “There was no way any doctor would have operated on me at that hour,” Besra told TIME of writhing in pain in a home that was run by Mother Teresa’s Missionaries of Charity on Sept. 5, 1998. “So the nuns just started praying and kept a Mother Teresa medallion on my stomach. The pain subsided, and the tumor vanished.”

As Episcopal Bishop Salvatore Lobo explained at the time, Besra’s recovery met the requirements to be declared a miracle: “It is organic, permanent, immediate and intercessionary in nature.”

Though Besra’s husband would later say that he believed that medicine had cured his wife, not divine intervention, Mother Teresa’s first miracle was officially recognized by the Vatican and counted toward her beatification in 2003. 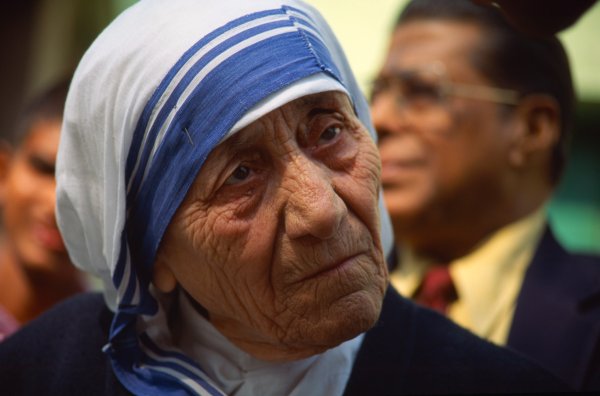 Mother Teresa Will Be Made a Saint
Next Up: Editor's Pick