Pursuing her dream of a job as a digital animator in Hollywood, Nancy Wennan Zhang followed the lead of thousands of other ambitious Chinese students: she went to an American college.

Zhang, 29, completed her bachelor’s degree at a Chinese university, but traveled nearly 7,000 miles from her small hometown to Brooklyn’s Pratt Institute to study for her master’s degree in digital arts.

“America has the best education in the world,” said Zhang, who expects to graduate next year. “And it has Hollywood and Disney. Of course, that’s my dream.”

This pipeline is an increasingly important revenue source for U.S. colleges, which enrolled nearly one million international students last year, according to the Institute of International Education. Collectively, those students pump almost $31 billion per year into the economy in tuition and other spending while they’re here.

Almost a third of the international students were from China — which means that the country’s economic slump could hit U.S. institutions hard. China’s economy, the world’s second largest, is slowing, and exports and share prices in the stock market there are down. And while the numbers of Chinese undergraduate and graduate students in the U.S. increased last year by 13% and 4%, respectively, that pace was down considerably from the 18% and 12% growth of 2013-14.

That decline, along with aggressive competition for international students and mounting scrutiny of visas, could mean yet more trouble for American schools that increasingly rely on full-paying foreign students both to subsidize Americans’ tuition and to make up for budget shortfalls caused by drops in domestic enrollment and state government support.

“If they don’t have a plan, that’s a problem,” said Sandy Baum, a professor of higher-education administration at George Washington University. “If you have a very high percentage of your students from China, that seems risky.”

And many universities do. Although the Institute of International Education report didn’t break down which schools have the most Chinese students, it pointed to such prominent institutions as the University of Southern California, Columbia University and New York University as each having more than 11,500 foreign students, including significant Chinese contingents.

The universities say China’s recession hasn’t yet affected them, but it has made them rethink their reliance on students from any single country.

“We are not particularly worried because it’s such an enormous market,” said Tim Brunold, dean of admission at the University of Southern California. “If anything, we don’t expect a large growth from China, but not much of a downturn either. We think we’ve found an equilibrium with China.”

The University of Illinois enrolls more than 5,200 Chinese students–more than half of all international students on campus–a first for the school, said Martin McFarlane, director of international student and scholar services. Yet McFarlane also said he isn’t worried about the Chinese economic downturn. “It’s not that concerning because the University of Illinois has always had a large international enrollment,” he said. “If the Chinese population dips, some other group will fill that gap.”

China isn’t the only place in the world where attracting students may get tougher for U.S. schools.

India, which sends the second-biggest number of higher education students to the U.S., is spending $3.4 billion establishing 278 new universities and 388 colleges at home that may absorb some people who might otherwise have gone abroad. And in economically ailing Brazil, the budget for an ambitious scholarship program that sent 26,300 students to the U.S. in 2014 has been cut by more than 40% this year and frozen for 2016, with zero new scholarships expected.

U.S. lawmakers, meanwhile, have proposed changes to the student visa system, including stricter background checks and closer monitoring of international students once they arrive in the country.

This comes as global competition for international students has grown intense. Australia, Canada and the United Kingdom have all pushed hard to lure foreign students, and China itself has suddenly become a major player in international education.

China last year passed the United Kingdom as the hosting country with the third-highest number of international students, said Rajika Bhandari, a deputy vice president at the Institute of International Education.

“There are new players in the market,” she said. “And the story is not just about Australia or the U.K., or even the United States.”

That change reflects how reliant American schools have become on foreign students. Over the past 10 years, the number of campuses with more than 1,000 foreign students has grown from 145 to 245.

Those higher fees are subsidizing lower-paying American students, the universities say. Arizona State increased international enrollment by more than 2,600 students last year, a 30% jump over the year before. Melissa Pizzo, the dean of admission and financial aid services, acknowledged that the increase was partly to make up for budget cuts.

The positive impact of international study goes beyond campuses. Cities including New York, Los Angeles, Boston and Chicago benefit from huge numbers of foreign students. And these students also often begin long-term relationships with American counterparts that pay off later when they return home and establish themselves in professional fields.

Some experts say the admissions officials are right not to panic. Many Chinese families have saved their entire lives to send their children to college, said Thomas Gold, a professor of sociology at the University of California, Berkeley who studies modern China, and see an American education as a refuge from limited prospects at home.

“The Chinese take a very long-term view,” Gold said. “If the economy turns down, one of the things they won’t cut back on is opportunities for their kids.”

American universities and colleges also hope to bolster international enrollment by appealing to students who wish to study something other than the traditionally popular STEM fields — science, technology, engineering, and math.

“I think institutions are beginning to realize that while many international students are still interested in STEM, there are quite a number of students interested in other fields,” Bhandari said.

While more Indian students studied math and computer science last year than the year before, according to the Institute of International Education, and the number of Chinese students remained steady across academic disciplines, large numbers of international students overall are shifting to fields such as legal studies and business.

USC has seen a steady increase in the number of international students studying non-STEM disciplines, including an increase in Indian students applying to its celebrated film school, said Brunold, the dean of admission there.

Among the international students who are branching out is Vardhan Mehta, a 19-year-old architecture undergraduate at the Pratt Institute from the central Indian city of Indore.

“A few years ago, everyone wanted to be an engineer or a doctor,” he said. “It’s only recently that Indian people are more interested in more eccentric fields. All my friends who are interested in the arts are in the States.”

That could be a good thing for public universities in particular, which Baum said are running out of other options to make up for shortfalls in state funding.“It’s not that easy to come up with a revenue source that’s not risky,” she said.

This story was produced by The Hechinger Report, a nonprofit, independent news organization focused on inequality and innovation in education. Read more about higher education. 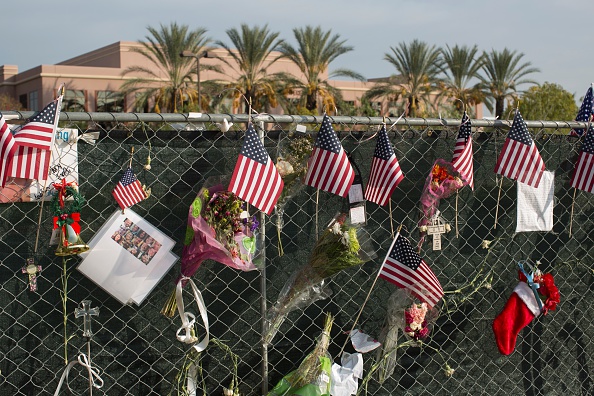 San Bernardino Center Reopens to Staff After Shooting
Next Up: Editor's Pick